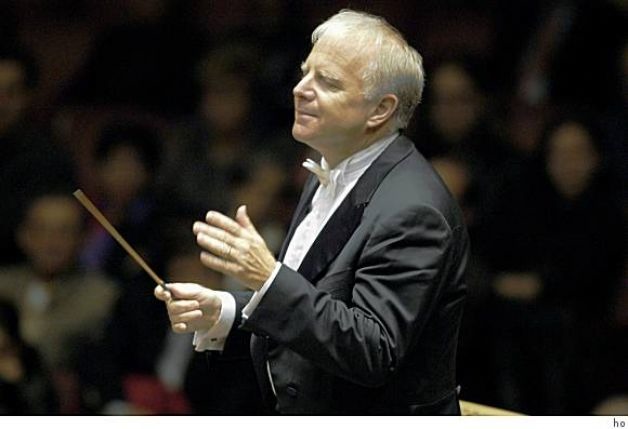 After a 34-year gap and just in time for the season, the Orchestre National de Lyon is returning to China on its second tour to celebrate not only the New Year, but also 50 years of Sino-French diplomatic relations. Under the baton of internationally acclaimed conductor Leonard Slatkin, the programme is sure to delight French and classical music fans, which showcases 100 years of French music composition.

Leonard Slatkin is no stranger to the classical world. As music director to both the Detroit Symphony Orchestra and the Orchestre National de Lyon, he has recorded more than 100 albums, won seven Grammy awards and earned no less than 64 Grammy nominations for his work.

Hector Berlioz
Le Corsaire Op. 21
L’Orchestre National de Lyon with Leonard Slatkin
The last time the American conductor set foot in China was in 2008, when he conducted London’s Royal Philharmonic Orchestra in Beijing and Shanghai. This year’s tour will take Slatkin and the orchestra to major cities in China, including Guangzhou, Hangzhou, Shanghai, Beijing and Shenzhen.

In preparation for the orchestra’s long-awaited return, Interlude got in touch with Maestro Slatkin, who shared tidbits on his background, the upcoming concert, and even what he would be if he wasn’t a music conductor.

1. Your parents were both talented musicians, and you must’ve had an interest in music from the very beginning. Can you give us a little bit of your musical background? How young were you when you started studying music?

I began studying the violin when I was three years old. Piano followed at eight, and then I played viola for a while. Composition lessons were also part of my background. Being in a house filled with music was of course a great inspiration.

2. Your parents founded the Hollywood string quartet, and your father was also a conductor. Was that an influence on your choice of becoming a conductor? Is there a conductor you particularly admire?

My father was a fine conductor as well as so many other things in music. I admired him tremendously, and certainly this was an influence on my own choice to enter the profession. However, that did not start until after he died, when I was 19 years old. I still listen to recordings of Reiner, Toscanini, Giulini and Bernstein. They all shaped my musical education.

3. Throughout the 70s you have led the San Francisco Symphony in Beethoven music festivals. Has the study of Beethoven’s music influenced your career in any way?

It is impossible to ignore Beethoven in any way. He remains the summit of musical perfection for any musician. It is a constant learning process when encountering the works by the German master. 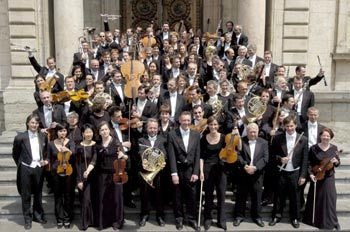 4. You are currently the music director for both the Detroit Symphony Orchestra and the Orchestre National de Lyon. How do you juggle between the two and how do they compare?

They are both excellent orchestras with a long tradition of outstanding music making. Each ensemble is quite versatile and can play works in many different styles. Because one has a typically French sound and the other is American, it is impossible to compare them.

5. There has been a large increase of Mahler performances in the past two three years, and though you have conducted Mahler’s works before, you currently do not. What is your opinion?

Au contraire. I have performed Mahler for most of my career and continue to do so. The 4th and 5th symphonies are on my programs in both Detroit and Lyon this season.

6. It has been said that this concert in Guangzhou will celebrate 50 Years of Sino-French Diplomatic Relations, did this influence the programme list’s choices?

Yes, it did. We wanted to bring a French program to introduce ourselves to the Chinese audience. Most of the pieces we will play are very standard repertoire, designed to show off the orchestra. With excerpts from Carmen, some short pieces by other composers and a cello concerto, we will cover about 100 years of French musical composition. It should be very entertaining for the audiences.

7. Have you ever considered conducting works composed by a Chinese composer?

I am currently performing and recording works by Bright Sheng. In the past, I have done music by Qigang Chen, Zhou Long and many others.

8. Have you ever conducted in China?

I have already visited China twice, one time with National Symphony Orchestra (NSO) in the 1990s, and the second time with Royal Philharmonic Orchestra in 2008. I have enjoyed my trips to China very much. Of course the first time I visited, it was mostly out of curiosity, so I spent a great deal of time sightseeing. After that, I started to feel more and more comfortable with the people, and so I am really looking forward to going to some cities I have not visited before.

9. Outside of classical music, is there a genre of music that you like, maybe as a guilty pleasure? And any other passion?

When I am not making music on the podium, I also compose. In addition, I have written my first book, Conducting Business. There will be at least two more books in the future. Away from music, I love to cook, with special emphasis on barbecue. I can often be found in the movie theater, since I grew up in Hollywood. As far as another profession, that is easy. I would have loved to be a baseball commentator.