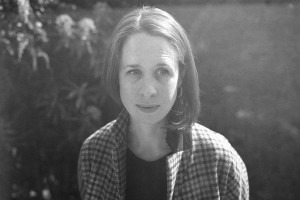 British soprano Juliet Fraser is one of today’s most interesting and diverse singers. Though comfortable in many styles, it is her work in contemporary music that has garnered the most attention, both as a founder member of one of the world’s top contemporary music vocal ensembles, EXAUDI, and in her expanding solo career. I caught up with Juliet to talk about her latest project, a performance and recording of Morton Feldman’s remarkable Three Voices.

Can you give us some idea of the piece’s background?

Looking through Feldman’s work, it’s striking how many vocal pieces he wrote. He rarely uses voices conventionally, though – he rejects traditional groupings to present the voice as an equal player; singer, at last, as a musician. Three Voices was written in 1982 for Joan La Barbara, and it’s the last solo vocal piece Feldman wrote before he died in 1987. Conceived as a trio for the one voice, with two pre-recorded parts and one live, it sets part of Wind, a poem by his friend Frank O’Hara. He later wrote:

“One of my closest friends, the painter Philip Guston, had just died; Frank O’Hara had died several years before. I saw the piece with Joan in front and these two loudspeakers behind her. There is something kind of tombstoney about the look of loudspeakers. I thought of the piece as an exchange of the live voice with the dead ones – a mixture of the living and the dead”.

The material is sparse and often repetitive, but I think there’s more warmth in this work than in some of his earlier pieces. That’s partly because hearing a single voice sing three parts brings the singer’s physicality right to the surface, but the short bit of text (“who’d have thought that snow falls”) also creates an atmosphere of vulnerability and intimacy. The piece’s power lies in the subtle differences between the repetitions, and in how Feldman invites us to focus in on an element that then shifts in colour or weight as it is reframed by the other voices. The overall impression is, I think, of a shifting landscape in which you lose all sense of time. 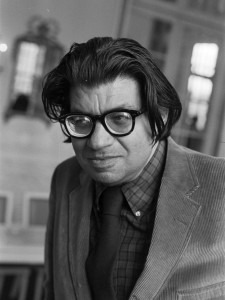 It’s conventionally notated, but beguilingly short on some details. For example, there’s no tempo indication (durations therefore vary from about 45 minutes to over an hour-and-a-half; mine comes in at 53 minutes), no vowel specified for the textless sections, no dynamics apart from an initial ppp, and no guidance as to which voice should be the ‘live’ one. ‘The score has an introduction written by Joan La Barbara in 2007 in which she shares her memory of conversations with Feldman about the work and explains her performance practice. In the end, I took her guidance with a pinch of salt. This is a piece that builds a unique relationship with each performer – it demands a physical and psychological honesty, and that can’t be modelled by anyone else.

Why did you want to perform the piece?

Ah, I can’t resist a challenge! And this piece is a huge challenge – not only is it a marathon to perform (long and non-stop), it forced me to confront my fear of listening to myself sing. In the end, as my own vision became clearer, my anxieties became less and less relevant, and I found that the concentration required means there’s really no time for being self-critical. Designing your own version requires balancing conflicting demands: the differing exhaustions of a sprint versus a marathon; a dynamic level that’s delicate and interior but allows for flow and freedom, and a precision that retains its humanity without becoming clinical or distractingly flawed.

Three Voices isn’t often performed, probably because it is such an undertaking. My first performance, at the National Portrait Gallery in London in July, was a bizarre and emotional experience. I wasn’t sure if I’d get to the end – I had managed my first full run the day before, but you can’t simulate the adrenaline of a live performance. The required concentration, focus, determination and commitment are extreme, but I was rewarded with something akin to an out-of-body experience, and then total exhaustion!

Why do you want to record Three Voices?

I love it, and I feel I have something new and important to say through it and about it. The challenge is to capture the human-ness of the live experience in a recording – it’s very easy in the editing process to make the delicate tapestry of the three voices too cold or clinical, uniform and dead. It’s daunting to build a version that embraces and displays my quirks and imperfections, but that’s what it needs.

I have been offered a contract to record Three Voices with HatHut Records. This would be my first solo disc, and it’s a privilege to join this label’s very impressive catalogue of Feldman issues. I’ve just launched my first crowd-funding appeal, and I have until noon on 20 August to raise £4000, so do visit the page and help make this project happen!

Juliet Fraser has launched a crowdfunding campaign to record her latest project, a new interpretation of Feldman’s Three Voices. Visit her Kickstarter page and website for more details.