Should Organizers Focus on Popular Classical Repertoire During the Time of Corona?

As concert venues, their managers, promoters and artists begin to emerge from lockdown and survey the devastation wrought on the industry by the coronavirus pandemic and governments’ responses to it, important considerations will need to be made about how to restart the industry and reinvigorate our cultural life which has been in “hibernation” for 3 months or more. 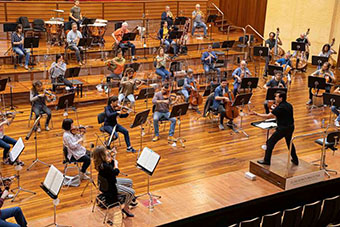 When the venues open their doors again, they hope their audiences will flood back, albeit with strict social distancing/hygiene measures in place. One of the significant preoccupations of the industry is, and has always been, the age of classical music audiences. Never has this been more important during a pandemic of a disease to whom elderly people are far more vulnerable. Obviously, venues will do their utmost to keep their audiences safe, and I suspect there is also a large tranche of elderly concert-goers who are very keen to get back into their beloved halls and enjoy live music. These, like other audience members, are people well able to make sensible judgements about risk and will measure that risk against their desire to partake in concerts once again.

Over the past few months, there have been many discussions online and in the press about the kind of programmes we can expect when the halls reopen. Social distancing means that large-scale orchestral works or music requiring large combined forces of musicians and choirs may not be possible. Some commentators have suggested that the “new normal” will create opportunities for more new or lesser-known music to be heard; the difficulty with programmes containing this kind of repertoire is that they may not attract the much-needed audiences.

It is a truth universally acknowledged that venues large and small need the “bums on seats” through healthy ticket sales. I sincerely hope that people will rush back to the concert halls and opera houses when they reopen, but offering programmes of unusual, contemporary or lesser-known repertoire may not be so attractive in the immediate term. 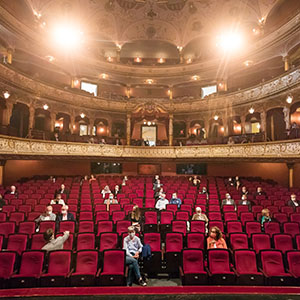 Socially-distanced audience at a concert in Wiesbaden, Germany

Instead, I suspect we’re going to see a lot of what some people call “safe” programmes – programmes containing the “top of the pops” of the classical repertoire. There’s nothing wrong with safe programming, especially if it’s guaranteed to pull in the punters. Niche programming may have to take a back seat while the venues work out how to present live music and attract audiences and satisfy patrons/sponsors in the time of corona. While some may decry this, especially critics and those more au fait with the wilder shores of repertoire, the counter argument is that many people enjoy hearing music which is familiar, recognisable, and, yes, “hummable”, and which provides a form of diversion, entertainment (in the best possible sense of the word) and relaxation. This is in no way to suggest that such audiences are less “educated” or “cultured”, merely that their concert-going desires are perhaps different to the more fervent afficionados of the artform.


Is It Possible to Make This Popular Programme “Less Safe”?

In fact, safe programmes, containing favourite Beethoven symphonies, Mozart piano concertos, Vivaldi’s Four Seasons, Bach’s Brandenburg Concertos, the ‘1812’ Overture or Vaughan Williams’ ‘The Lark Ascending’ (number one in Classic FM’s Hall of Fame chart), do not have to be that safe. Social distancing measures will mean smaller orchestral forces, which may lead to some interesting adaptations of symphonies or concerti for chamber orchestra, and a programme containing popular works from the core canon of classical repertoire is ripe for inclusion, also, of new music or lesser-known works. It is possible to juxtapose the familiar and the unknown or brand new in a single programme, and with the right presentation the old can shine a light on the new and vice versa.


When a venue is so reliant on ticket sales revenue and donations from patrons, and budgets are strapped, it makes sense to programme crowd-pleasing works which require minimal marketing effort to attract audiences. Additionally, many orchestras have had their rehearsal time curtailed due to national lockdowns and so it is also beneficial for them to perform works already in their repertoire. In these testing times, pragmatism will hugely influence even the most prestigious ensembles and their programming for the coming season and perhaps beyond.