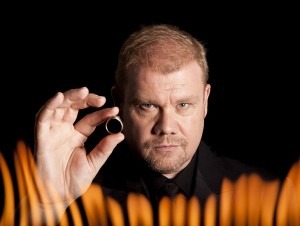 The concert format remains the same as in Das Rheingold, as does the casting of Matthias Goerne as Wotan and Michelle de Young as his wife Fricka, no doubt for continuity as the cycle is being recorded live for Naxos records.

While Goerne is without doubt one of the most elegant German baritones singing today, he doesn’t come across as a natural Wotan. The voice is too warm, too silken for the conflicted Head of the Gods, and he lacks the thunderous attack that imbues this role with the respect it demands. The orchestra also did him few favors, drowning him out in the critical “Wotan’s Abschied” (Wotan’s farewell from his daughter Brünnhilde, who he banishes from Valhalla after disobeying his orders) and in the idiosyncratic “Wer meines Speeres Spitze fürchtet” (a warning that only the most courageous man can rescue Brünnhilde from the circle of fire Wotan has laid around her).

Petra Lang’s Brűnnhilde faced a similar challenge with the orchestra, though her impassioned acting and occasional soaring vocal moments made her noteworthy and believable, beautifully displaying the arc from cocky warrior goddess to compassionate woman and then to pleading daughter.

The young siblings/lovers of Siegmund and Sieglinde easily owned the evening. The Australian Stuart Skelton possesses a remarkable voice, technically controlled, secure and beautiful. A true Heldentenor with none of the bathos frequently heard by less disciplined singers, he delivered a gripping Siegmund, including a spine-tingling Wälseruf (Valse Cry) with a stunning – and quite unusual – crescendo.

Heidi Melton’s Sieglinde stole the audience’s heart. With a near stentorian soprano of precision, beauty and grace, the young American singer dominated the stage without really trying. She was at ease, natural, enthralling: the type of dramatic soprano that Wagner aficionados will travel the world for.

Falk Struckmann joined the cast at short notice and delivered a suitably evil and menacing Hunding. 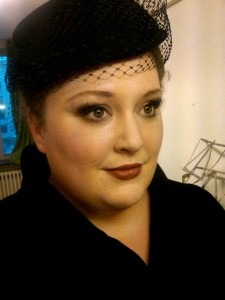 The concert format remains slightly awkward for this sort of work. Especially given the disparity in dramatic approach between the singers, ranging from the impassioned acting of Brünnhilde to the near stoic passivity of all the men. It looked like the Valkyries themselves had the most fun, enthusiastically embracing their roles. Standout Valkyries were Katherine Broderick (Helmwige) and Anna Burford (Schwertleite), though all of them sparkled.

But then again, this was a Hong Kong Philharmonic production, highlighting principally the orchestra’s claim to Asian preeminence. Maestro van Zveden inspired the heavily reinforced orchestra, eliciting at times spellbinding Wagnerian sweeps, especially in the second and third acts. The Hong Kong Phil deserves huge credit for making the effort. The promotional activities were well planned, an excellent informational podcast was marketed, and the program notes and supertitles were aimed at making the convoluted story easy to understand.

Much remains to be done to build a real Wagnerian audience in Hong Kong. Attendance could have been stronger, and it thinned after the second act. The Ring remains a difficult sell in Hong Kong, especially on a day when the Hang Seng Index, the city’s stock market index, collapses. But van Zweden and his orchestra deserve maximum credit for successfully sowing the seeds of Wagnerian appreciation in Greater China.