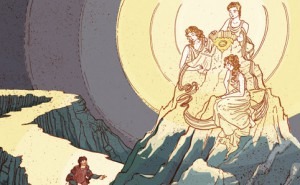 The Hong Kong Philharmonic under Jaap van Zweden pulled off a real coup. Carefully marketing the orchestra’s first ever Rheingold, the first of the four operas of Richard Wagner’s Ring cycle that the orchestra is spacing out over four years (versus the more customary few days), excitement was built through various media channels. Idiosyncratically for one of the world’s great shopping destinations, the jeweler Chow Sang Sang, one of the title sponsors of this performance, launched a special edition Rheingold-themed gold necklace for the occasion.

Maestro van Zweden clearly had cast his own magic spell over the orchestra that was visibly enthusiastic, even a touch giddy from the enormity of the task they had assumed. The always excellent strings were for once fully matched by brass and wind sections that soared with the demanding music.

The HK Phil assembled a vocally top-notch if visually incongruous cast led by German baritone Matthias Goerne in his first Rheingold Wotan. Drawing on the full range from sonorous depths to astounding lyricism, he imbued the role with great character when he allowed himself to separate from the score. 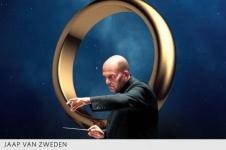 Dramatically, the performance was led by Peter Sidhom’s chilling Alberich, believably portraying the Nibelung dwarf’s transition from unloved gnome to wielder of the all-powerful ring. He was well matched by Wotan’s advisor and occasional side-kick Loge, sung by Kim Begley whose outstanding stagemanship and diction won him most of the audience plaudits. Smaller roles were well cast, notably with Kwangchul Youn as one of the giants (who had built Wotan’s castle Valhalla and now demand payment) and David Cangelosi as Alberich’ s brother Mime, as well as Charles Reid as Froh, a confident Heldentenor in the making. Michelle DeYoung delivered a secure and physically imposing Fricka in the Wagnerian tradition and was well balanced by the softer Anna Samuil as her sister Freia. The Rhinemaidens themselves were beautifully harmonized, and visually and vocally seductive (Eri Nakamura, Aurhelia Varak and a remarkably smooth-voiced Hermine Haselböck). 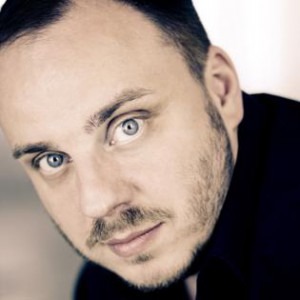 The main challenge was of course the format: staging opera – particularly Wagner – in concert. His works were meant as a Gesamtkunstwerk (total work of art), which included music, acting, spectacular stage sets and effects. An oratorio style line up of singers with music stands and scores will always struggle to deliver the full dramatic intensity that Wagner operas so spectacularly engender. Though Begley and Sidhom went to great lengths to act out their roles, many others stood and delivered while leafing through their scores. Even basic props like the actual ring never managed to leave Alberich’s clutch, though the very movement of this object (from Alberich via Loge’s trickery to Wotan) is at the very heart of the entire story.

Kudos to the orchestra and performers for a memorable performance, and for launching a new generation of Ring admirers. Die Walküre, the second work in the cycle, is another 12 months away, sufficient time for the singers to work on some basic movements and memorize the score.