Opinion
How Your Community Can Help with Music Education
by Janet Horvath September 21st, 2019

During my sophomore year in high school I waited breathlessly for our cue. It was the opening night of the charming opera in one act Amahl and the Night Visitors by Gian Carlo Menotti. Students were waiting in the wings in homemade costumes, streaks of sweat cutting through pancake makeup. My parents and friends were sitting proudly in the audience.

Menotti: Amahl and the Night Visitors

The first opera for children and for television, inspired by the painting Adoration of the Kings by Hieronymus Bosch, Amahl was broadcast on 35 NBC stations across the country to 5 million people in the 1950s. The work became a Christmas tradition. Its genius lies in the fact that it is “simple” enough for a high school orchestra and singers to produce. And it is so beautiful and still gives me shivers! 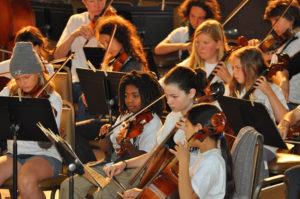 Unforgettable experiences. But what schools can boast these kinds of productions today? Anyone who has engaged in high-school or college performances knows the collective elation that is music. But it is not merely a pleasurable outlet for creative self-expression. If I told you that neuroscientists have proved that music enriches the brain with far-reaching, measurable and profound results, which affects all learning in a positive way, would you be more pro-active in assuring that your schools offered music education?

Surely there are creative ways to include music in high schools. Brainstorming between educators, the community, parents, and students is essential.

The truth is, although music education is “available,” studies do not reflect the on-the-ground reality. The teacher–student ratio is often unmanageable, and instructors have a dearth of resources, instruments, equipment, technology and teaching time. Less than half of the schools that offer music programs have sheet music or the instruments needed. In some cities, music instructors have to travel from school to school due to a critical lack of arts specialists.

A teacher I know teaches music, French, computing, and physical education. She runs a choir-music club, and teaches recorder too, yet she is only employed one and 1/2 days a week and is on the staff at other schools. It’s the exception when a school will have one or two specialists organizing clubs, ensembles, performances, singing assemblies and is indeed fortunate if the teachers are trained to offer ukulele, violin, cello, guitar, flute, clarinet, or drum lessons.

The hidden realities are ferreted out in Lara Pellegrinelli’s NPR report; Music Education in Public Schools Gets a Passing Grade—

“‘The disparity between what schools offer and what students actually receive can be enormous,’ explains Richard Kessler, Dean of Mannes College the New School of Music and former Executive Director of The Center for Arts Education. ‘What the data isn’t telling you is that you can have schools where there is one music teacher and 1000 students.”

As might be predicted, there is a gap in opportunities for music study in inner city schools despite the fact that the National Endowment for the Arts 2012 study the Arts and Achievement in At-Risk-Youth found at-risk teenagers or young adults with a history of intensive arts experiences show achievement levels closer to, and in some cases exceeding, the levels shown by the general population studied. 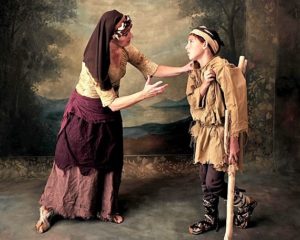 Amahl and the Night Visitors

Students who participate in school band or orchestra have the lowest levels of current and lifelong use of alcohol, tobacco, and illicit drugs among any group in our society. In fact, many teens indicate music helps them cope with peer pressure, substance abuse, pressures of study and family, and the pain of loss or abuse.

Yes, it’s challenging to find good instructors, and the cost of musical instruments and of spaces in the school such as rehearsal rooms, auditoriums, and practice rooms, will continue to be problematic. Other subsidies are necessary. How can we as community members and parents help? Here are a few innovative programs, which have been established to defray these costs and to improve access to music education.

WQXR, a New York radio station, held a musical instrument drive in New York City and Newark, N.J., to collect instruments for public school students who otherwise couldn’t participate in music programs. The station, in addition to marketing to their broad listener base, held events at a sausage grill and craft beer house, at a flea market, and at New York’s famed concert venue, Carnegie Hall.

In 2015 legendary singer-songwriter Barry Manilow kicked off a musical instrument drive in Atlanta by donating his Yamaha keyboard.

New Orleans’ Hungry for Music, established in 1994, donates instruments as well. Their mandate is so beautifully expressed: “At Hungry for Music, our most important service is putting musical instruments into hungry hands. We serve children who demonstrate a desire to learn music…” The Houston area’s Music Doing Good refurbishes used instruments and loans them to underfunded schools. 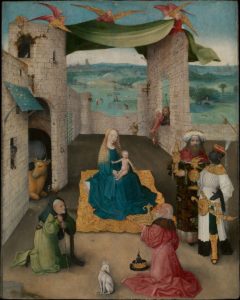 If books can be loaned through public libraries, why not instruments? Toronto, Canada has instituted The Sun Life Musical Instrument Lending Library, the first public library in Canada to offer this free service thanks to the generosity of Sun Life Financial company. The library offers a variety of musical instruments and instruction on their care.

Other communities have made an impressive commitment to subsidize arts funding. In 2012, sixty-two percent of Portland citizens passed an arts tax. The Arts Education and Access tax has been wildly successful. “The city lagged embarrassingly behind national education standards; before the tax, only eighteen percent of Portland elementary schools provided any arts instruction, compared to a national average of eighty-three percent. For the cost of thirty-five dollars per eligible taxpayer, the City of Portland collects over $9 million for the arts…”

When it comes to sheet music many orchestras loan their music. Our local Minnesota Youth Symphonies have an extensive classical and jazz music library available for rent. When an aspiring grade-school student can hear terrific performances of thriving youth orchestra such as the latest concert given by MYS of Rimsky–Korsakov’s Scheherazade, they have something to aspire to if they have a way to acquire instruments and supplies.

We all could initiate drives to collect instruments, and sheet music and materials such as strings, mouthpieces, rosin, and music stands, if we did it together. Sounds like a plan. The gift of music keeps giving and has the power to change lives.