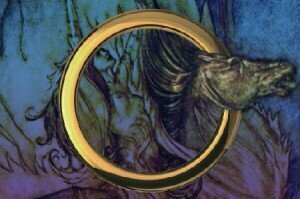 The sense of achievement at this Götterdämmerung was palpable. The Hong Kong Philharmonic has now completed, over four years, a full Wagner Ring Cycle. It is fair to say that what started as a very competent sounding orchestra in 2015 has now evolved into an excellent Wagner vehicle. The strings soared, the percussion pounded, the woodwinds sang, even the brass excelled with a few forgivable exceptions. Music Director Jaap van Zweden has created a strong, confident and surprisingly warm sound. The orchestra was nuanced throughout, bombastic when necessary, and van Zweden moved it ahead at a healthy clip that was always engaging, never lagging and frequently sensational.

This Wagner Ring was principally about the HK Phil. The singers were occasionally overpowered by the orchestral swell and, standing at the front of the stage in opera-in-concert format, had no direct view of the conductor; they generally handled this independence with aplomb. 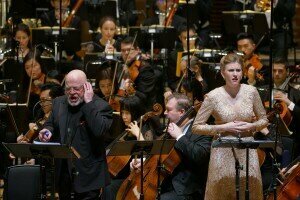 Vocally, this was Brünnhilde’s evening. German-born soprano Gun-Brit Barkmin was the third Brünnhilde to tackle this rightfully feared role (after Petra Lang in 2016 Walküre and Heidi Melton in 2017 Siegfried), giving her debut as the Valkyrie. She calmly – even unemotionally – delivered the first act with her smooth voice, some shrill high notes, and little promise of excitement. But as the evening progressed she gathered strength and intensity, skilfully seizing every dramatic opportunity, and ultimately served up a gobsmacking and thoroughly touching third act Immolation scene without a hint of exhaustion. 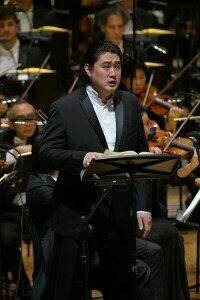 Hagen, dastardly manipulator of the Gibichung race, was sung by Eric Halfvarson. His expressive and often sonorous bass showed electrifying shades of evilness. Visually, he was more challenging, frequently using his left hand to cover one ear (presumably to avoid the distractions from the cellos, which were in exceptional form), and the right hand to hold a plastic water bottle. It was also confusing to see his father Alberich, the nexus of all evil in the Wagnerian Ring universe, portrayed by the youthful (and convincing) Peter Kálmán, who looks about half the age of his supposed son.

Tianjin-born bass-baritone Shenyang delivered a beautiful Gunther, Lord of the Gibichungs, and boasted the consistently finest German diction of the entire cast.

Young American Daniel Brenna portrayed a believable, energetic, naively heroic Siegfried and was clearly gagging to act out his role. He is a promising Heldentenor with a marvellous middle register. Occasional strains in the upper register in this case only added to the excitement. 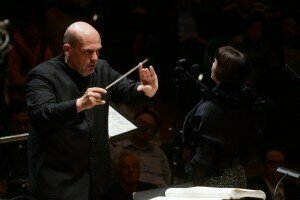 The Norns and Rhinemaidens delivered their parts with grace and style. The chorus, an inexplicably illogical amalgam of Hong Kong Philharmonic Chorus, Bamberg Symphony Chorus and State Choir Latvija was sheer spectacular, and possibly the best chorus this reviewer has seen on that stage. 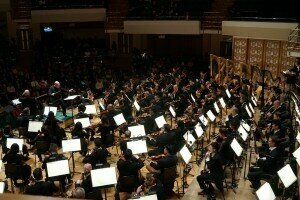 If memory serves correctly, Michelle DeYoung was a far more convincing Waltraute in Götterdämmerung than she was a Fricka in Rheingold in 2015. And therein lies the problem of this Ring. Over four years and with a mutating cast in a concert-format production, it is hard to compare the singers, empathize with the characters, much less be moved by them. 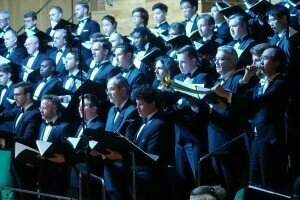 Kudos go to the organizers and promoters of the Hong Kong Philharmonic. A useful podcast introduction and guide by Sue Elliott was well promoted. The program and its extensive diagrams effectively illustrate plot, characters and context. Once again, the Cycle’s sponsor, a large local jeweller, produced a special ring. The public area featured a sales stand for Naxos Records, which has recorded the entire van Zweden Ring Cycle, as well as outlets touting Hong Kong Phil emblazoned tote bags, notebooks and even Ring badges (“for ‘Ringers’ only” – sic!). A Wagner horn was on display in a glass cabinet as were a few working scores with van Zweden’s annotations. In Hong Kong, retail can always be counted on to heighten the sense of importance of an event. 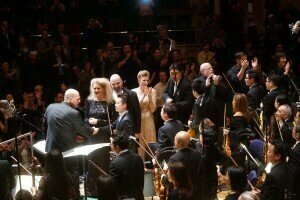 Much as Götterdämmerung marks the HK Phil fully coming of age, the Hong Kong Cultural Centre is in its desperate dotage. It simply cannot decently accommodate an extended performance such as Götterdämmerung. The uncomfortable seats, irregular acoustics, and horrid public areas are bad enough. A six-hour Wagner evening points a spotlight on the shocking food and beverage outlets, consisting of a small Starbucks and an even smaller cash-only bar serving cheap drinks in plastic cups and industrial sandwiches filled with what certainly must also be plastic. Other meal options were apparently available to sponsors.

If only it were the twilight for the Hong Kong Cultural Centre, and this city would finally get a performance venue worthy of its global status and of its world-class orchestra.