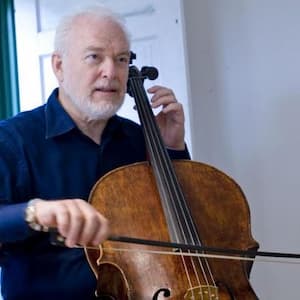 Cellists are known to be a genial and collaborative bunch. In fact, cellists love to share information, anecdotes, news, and even fingerings. There are several websites geared towards cellists but CelloBello is a top destination not only because it’s an essential resource for cellists. The vast resources include videos of legendary teachers and artists, interactive cello chats with today’s professionals, lessons aimed at the serious student and amateur, classes on body awareness, blogs, workshops, and job and competition announcements. They’ve recently initiated CelloKids to connect young cellists with seasoned teachers through online group classes. Digital learning, now central to education around the world, allows CelloBello to share quality musical instruction in both English and Spanish.

CelloBello was launched in 2011. Founder Paul Katz, the cellist of the Cleveland Quartet from 1969-1995, President of Chamber Music America, and Professor of Cello at the New England Conservatory in Boston has made 70 recordings garnering 11 Grammy nominations. Paul has been teaching for 50 years!

We had a conversation on zoom a couple of weeks ago.

After such an illustrious career what made you dive into this ambitious project?

I’ve always believed in mentorship and promulgating what music means to society and to civilization. I grappled with the conflict I sensed between focusing on working with the finest artists and excellence on the one hand, and the social responsibility to bring classical music to underserved and under-represented communities on the other. The internet, I realized, is a wonderful tool for education and democratizing music learning. 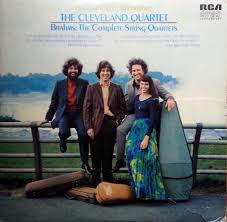 You came from a socially active background.

In 1969, the Cleveland Quartet was considered revolutionary. We wanted to be more accessible, so we wore suits, not tails as was the tradition then, and we played school concerts before it became part of many performer’s concert schedules.

The cello has certainly gained tremendous ground. Your site is stretching the genre as well.

I first think we need to consider: why do we aim to become musicians? The ambition for a solo career and practicing six hours a day or more while letting the world go by, doesn’t necessarily bring fulfillment. We each need to consider how we can be the best musician and person we can be, while continuing to represent the highest artist values and generating purpose. How can the next generation fill a niche, open new doors, reach more people?

There are many players today who are expanding the use of the cello—such exceptional talents as Mike Block and Seth Parker Woods for example.

Our goal at CelloBello is to be more accessible, to offer camaraderie, and to provide a supplement to education. We have a worldwide database of grants and scholarships too, which has become so important for teachers, and students, freelancers and orchestral musicians during this Covid nightmare.

The site, I find, is not restricted to cellists who want to be professionals.

Not at all. We welcome everyone from the adult amateur, to serious students, to young children. And our archives are quickly becoming a treasure trove of historic interviews and master classes. CelloBello hopes to maximize the educational potential of the internet and offer the highest level of free online musical instruction to cellists without access to teachers, to stimulate musical and technical discussion and exchange, and to foster a global cello community.

This has become an enormous undertaking. How has it grown since 2011?

I certainly can’t take the credit. I have an incredible artistic team, a ten-member board of directors, and a staff of eight people with varying expertise whose values coincide with mine. We meet weekly to implement new ideas, expand technology, and welcome the underserved. We’ve had support and encouragement from WGBH (Boston) and NEC as well as generous individual donors. We’ve also been given access to the Internet Cello Society archives that has truly wonderful and historical content.

Your organization produced a film Talent Has Hunger. Tell us about it.

Josh Aronson the filmmaker actually began shooting in 2007. Our goal was to produce a PBS type film as a companion piece to an educational website. But we ran into trouble with funding so the footage we were able to complete became the basis for launching the website. Later, in 2016 when funding was secured, we were able to complete the film. In 2018-19, the documentary was seen on over 200 PBS stations across the nation and we’re pleased to say subtitled versions are available in Chinese, Japanese, and in Korean on Vimeo.

As always, your content is changing. And these artists donate their time. I can’t wait for the upcoming CelloChats with renown cellists Aristides Rivas, Brinton Avril Smith, Mark Kosower and Kevin Olusola who’s best known as the beat boxer of the a cappella quintet Pentatonix.

I think anyone who plays an instrument and music lovers can benefit from our offerings. Subjects include Classical Latin American repertoire, audition preparation, developing creativity and instinct, and interpretation. And anyone can access our archives of video master classes to hear from the greatest artists of the 20th century expressing their wisdom and how they affected lives through music.

I for one have barely scratched the surface of everything CelloBello has to offer. Interlude readers, I hope you’ll take advantage soon.