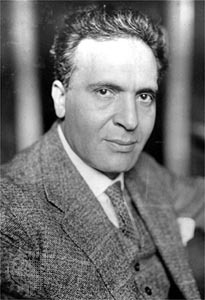 The German born conductor Bruno Walter worked closely with Gustav Mahler as an assistant and protégé. In addition, he frequently heard Mahler conduct his own works. Since Mahler did not live to lead performances of Das Lied von der Erde or the Symphony No. 9, his widow Alma Mahler, asked Walter to premiere both works. Walter also made the first recordings of these works with the Vienna Philharmonic in 1936 and 1938, respectively. Although we might never know for certain what kind of interpretation the composer might have had in mind, Walter’s unsurpassed intensity of expression and the rather pointillistic opening measure recall his Lied recording. Recorded at a brisk pace, Walter does not treat the work as a series of increasingly emotive climaxes, but rather as a cumulative sequence of dynamic terraces.

On 24 November 1907, Gustav Mahler bid farewell to Vienna with a performance of his Second Symphony. A week later, he issued his farewell message to the Imperial Opera, and on 9 December Gustav and Alma boarded a train to Cherbourg, eventually arriving in New York the week before Christmas. In early 1908, having made his debut with a performance of Tristan and Isolde, Mahler wrote to his good friend Willem Mengelberg “I shall spend the next years here in America. I am thoroughly delighted with the country, even though the achievement of the ‘Metropolitan’ is a very moderate one.” Mahler’s sense of optimism was short-lived, as he quickly became embroiled in Opera politics, as a simultaneous contract to Arturo Toscanini was issued. Mahler returned to Europe in May 1908, and Alma described “the saddest summer’ they ever spent together. “He was always stopping on a walk to feel his pulse and he often asked me to listen to his heart and see whether the beat was clear or rapid or calm”. In this atmosphere of persistent gloom, Mahler began to draft a new symphony. Once he returned to Toblach a year on, he earnestly set to work on a composition Deryck Cooke describes as “goalless hedonism that becomes a mere starting-point for vanishing bitterness and horror with terrible violence, leading to ultimate heartbreak”. This symphony, which Mahler designated as No 9 was the last score he completed. It was also the last of Mahler’s completed scores presented to the public, which undoubtedly contributed to the suggestion that the work represents his musical farewell to life.

Given the spiritual affirmation conjured in his Eight Symphony, the Ninth descends into the darkest crevasses of hell. Mahler uses a four-movement design, yet arranged them in a rather peculiar way. Enormous slow outer movements frame a pair of vividly contrasting scherzos. Mahler’s Ninth Symphony is the emotional focus of his last-period trilogy, with Das Lied using poetic terms to evoke the shadow of death, and the incomplete Tenth Symphony supposedly rising above the depths of despair. The opening “Andante comodo”, which has been described as Mahler’s greatest achievement in symphonic composition, gradually emerges from an unsteady and stuttering beginning. Leonard Bernstein suggested that the syncopated horn motive reflects the irregular pulse of Mahler’s own faltering heart. This vast canvas of bare isolation prepares for the arrival of a theme that projects a sense of insatiable longing. Concurrently, Mahler uses the opening horn fragments, not only as an accompaniment, but also as a way of transitioning towards a thematic contrast that builds from tortured chromatic inflections. In turn, the music accelerates towards a tormented climax. Unable to find resolution, the music returns to the grotesque dissonances voiced in the introduction. Once the main theme re-emerges, it is swiftly followed by the chromatic contrast and led towards another climax. This time however, the climax is followed by a catastrophic collapse. The music continues to reach towards joy and triumph, but is mercilessly battered into numbness. A wandering cadenza for solo instruments prepares for a coda that features a gloomy restatement of the main theme before the movement disintegrates into utter nothingness.

After this tortured excursion into the tortured internal world of Mahler’s psyche, the second movement returns us to the Austrian countryside. For Mahler, the “Ländler” had always been a symbol of the simplicity and joy of life. At this stage, however, it becomes the expression of bitterness and anger, building from vulgar sounding dance elements. A grossly distorted waltz and a more idyllic and expressive Ländler immediately follow this opening. The sense of repose is short-lived, as the grotesque opening dances continue to dominate much of the movement. The third movement, entitled “Rondo-Burleske”, is yet another caricature. Inscribed “To my brothers in Apollo,” apparently referencing his esteemed colleagues in the musical world, the sarcasm of this dedication forcefully emerges in a contrapuntally developed Rondo theme. Yet as soon as the first statement of the theme has sounded, it begins to disintegrate into calculated chaos. A contrasting march propels the music to a shining transformation of the opening theme, sounded in the trumpet. The opening Rondo returns with more ferocity and brings this movement, which has rightfully been described as “ “Mahler’s most modern movement”, to a crashing conclusion.

To complete the first movement, Mahler turns once more to an “Adagio” conclusion. An emotional outcry by the violins gives way to the sounding of a lush chorale. Momentarily interrupted, the chorale continues undeterred, but with more urgency. Yet, the hymn is interrupted once again. This time, an ethereal musical mist, using only the high violins against the low cellos and basses, descends upon it. However, the hymn re-establishes itself and rears to an enormous climax, before collapsing with exhaustion. Each subsequent transformation of the ethereal mist elicits a more urgent statement of the chorale, as musical echoes and fragments from the previous movements become an integral part of the texture. In due course, the first violins quote a passage from the “Kindertotenlieder” (Songs on the Death of Children), and this musical glance at the not so distant past provides a somewhat peaceful, yet inconclusive ending.