The new opera house in Guangzhou will be celebrating its fifth anniversary in May, and, in celebration, will be holding an opera gala that has rarely been equaled.

On Friday and Saturday, 8-9 May, the GOH will hold its Starry Gala with four celebrated singers accompanied by the Macau Orchestra under the direction of Gianluca Marciano. Korean soprano Sumi Jo, Latvian mezzo-soprano Elīna Garanča, up-and-coming American lyric tenor Adam Diegel, and Italian basso Riccado Zanellato give us a spectacular night of French and Italian operas. 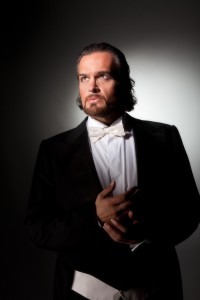 The orchestra will open with the Overture to Rossini’s The Barber of Seville, and Zanellato’s invidious invitation to mayhem,’La calunnia è un venticello.’ The overture to Carmen brings out Garanča’s luscious ‘Habenera’ before Adam Diegel in one of opera’s great emotional arias: ‘Vesti la giubba’ from Leoncavallo’s Pagliacci. Donizetti’s reemerging opera Anna Bolena comes to the stage next, in a duet between Henry VIII (Zanellato) and Anna Bolena (Garanča), his ill-fated wife. Sumi Jo will also have an aria from the opera. The first half of the program closes with the final duet from Carmen, sung by Garanča and Diegel.

We move to one of the greats of the Italian opera stage, Verdi, and the Overture from Nabucco before Zanellato sings King Phillip’s ‘Ella giammai m’amò.’ We then turn to French composer Saint-Saëns’ ‘Mon coeur s’ouvre à ta voix’ sung by Garanča. The lovely Intermezzo from Mascagni’s Cavalleria Rusticana takes us into Sumi Jo’s beautiful ‘O mio babbino caro’ from Puccini’s one-act comic opera Gianni Schicchi. Adam Diegel’s lyric tenor demands that no one sleep during ‘Nessun dorma’ from Turandot. One of the highlights of the evening will be the Flower duet sung by Sumi Jo and Elīna Garanča from Delibes’ Lakmè. 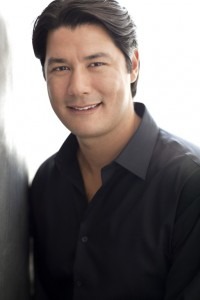 The tempting Méphistophélès makes his appearance in the guise of Zanellato’s aria ‘Le Veau d’or’ in our second sample of French opera. The gala evening closes with two famous songs from Rigoletto: the lascivious Duke’s memorable aria ‘La donna è mobile’ and the Act III quartet, ‘Bella figlia dell’amore’ where every character: Gilda (Sumi Jo), The Duke (Diegel), Maddalena (Garanča), and Rigoletto (Zanellato) each pursue their own plans to the work’s ultimately tragic ending.

It truly will be a gala celebration rarely equaled in the area and shouldn’t be missed. Tickets may be booked here.