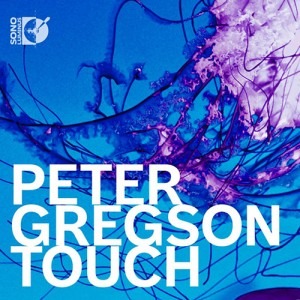 “TOUCH follows on from my previous album, Lights in the Sky. It comprises eight tracks for analogue synthesiser, cello, piano, and string orchestra. Where Lights in the Sky was saturated, sonically intense, almost ‘spoilt brat’-ish sound, Touch has a more refined palette of sounds. Composers are often asked what their music is about, especially with instrumental music such as this. To me, it sort of defeats the purpose and joy of listening to music. How do we interpret the emotion and meaning of music when we aren’t hand held through listening, or guided by a lyric? Just because music is slow, doesn’t mean that it is sad; just because it is fast, doesn’t make it happy. The same goes for tonality: major music isn’t intrinsically happy, minor music isn’t exclusively sad. Yes, these can be devices for eliciting an emotional response, but they are not in and of themselves complete. For me, this is the magic of music. Where it isn’t objectively about something, it becomes amorphous, changing shape and purpose to fit the ear and mind of the listener. It has many lives and many meanings, none of them right and none of them wrong.” — Peter Gregson