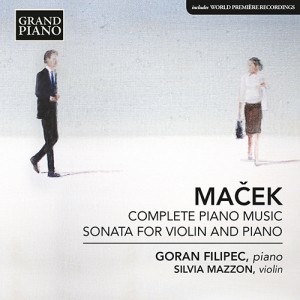 Ivo Maček occupied a significant place in 20th-century Yugoslavian musical life as a pianist and educator. The Intermezzo is among his most poetic early miniatures, the expressively wide-ranging Theme and Variations one of his most inventive pieces. His 1985 Sonata is the most elaborate and imposing of his solo piano works while the 1980 Violin Sonata typifies the increasing sophistication and poise of his later style.