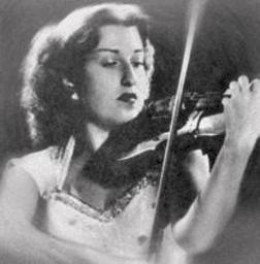 Big hair, eclectic jewelry and high heels are her trademark. Ida Haendel is considered one of the greatest violin soloists of the twentieth century— born to play the violin. When she appeared earlier in my career with the Minnesota Orchestra her enormous, warm, compelling violin sound made me weep—such was her depth, her extraordinary ease of playing, her assurance. Magnetizing and mesmerizing are inadequate words to describe her presence as an artist. Wherever she performed her fellow musicians adored her, revered her for her dedication above all to the music and to the composer. Zubin Mehta was in awe of her— an artist who thought out every single note. 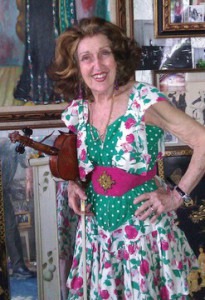 Ida Haendel was born on December 15, 1924 in Chelm, Poland the second of two daughters in a poverty-stricken Jewish family. Haendel’s father was a portrait painter who was unable to fulfill his dream to be a musician. Hence he was determined that one of his offspring would become a violinist. Haendel’s six-year-old sister began violin lessons. One day when Ida’s sister was at school, three-year-old Ida insisted that she wanted to try the violin. “You are not to touch the violin,” her mother said. “You’ll drop it and we don’t have money to replace it.” Ida was determined to play a song her mother frequently sang to her called The Orphan. “It moved me. So I picked up the violin and played it.”

Ida’s father recognized her astonishing gifts. The family moved from Chelm in eastern Poland to a one-room flat in Warsaw. When Ida performed the Beethoven concerto and won a competition, earning enough money to study abroad, her father sought the best teachers in Paris, Switzerland and London. Ida never attended school. For many years no one realized that she could not read, not even music. 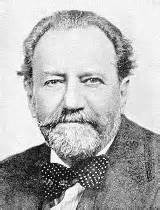 Meanwhile, trouble was brewing in Poland. Ida and her father were desperate to earn enough money to bring Ida’s sister and mother to London. But there were rules. Children under the age of fourteen were banned from performing and were not allowed to earn a wage. Ida’s father connived to add a few years to Ida’s age so she could perform. The violin saved the family, says Ida, as most Jewish people from Poland perished. Warsaw was leveled.

As a young child she won the Hubermann competition in 1933 and at age 10 she played Beethoven Concerto with Raphael Kubalik. Then Sir Thomas Beecham, one of the greatest British conductors, engaged the prodigy to appear as soloist in a Mozart Concerto. When he saw her he spewed, “Oh my God. The next thing I’m going to conduct babes in arms…”

Brahms Violin Concerto
Ms. Haendel continued her studies with Carl Flesch and the great Rumanian composer and violinist Enescu. Her London debut was in 1937 with Sir Henry Wood, the founder of London’s famous summer festival the Proms performing the Beethoven Concerto and Brahms Concerto three times. Then Ida’s first manager arranged for her London recital debut to take place in the fabulous and enormous Queen’s Hall in 1939. Haendel is that rare child prodigy who flourished into an incomparable adult artist. 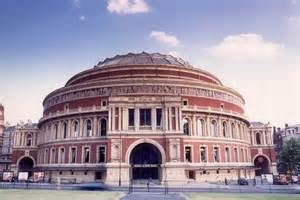 During the blitz in England during WW II Ida remembers descending into the depths of the underground— sleeping on the platforms in the stations night after night while London burned. She was dedicated to doing what she could for the morale of the people of England during that horrific time. She played for the troops and in hospitals for injured soldiers.

Ida never imagined playing in the Royal Albert Hall—the pinnacle for an artist. In 1948 she was engaged to perform a recital in that hallowed space. During her long career she appeared more than 60 times at the Proms held there.

In 1940 she became an exclusive Decca recording artist, one of the first classical artists in the company’s history. Although Haendel found recording clinical, austere and not gratifying in the way that playing for audiences is, (she regarded performing live as a collaboration with the listeners, which allows for spontaneity and freshness of interpretation,) Ida believed that music should be available as broadly as possible to the public.

Despite her many recordings she was unknown outside of the UK due to the war. In 1946, Haendel finally was able to come to America. Not until 1957 did she play on THE stage—Carnegie Hall, with pianist Arthur Balsom.

Haendel admits today that the life of a soloist is a lonely one. She never married. Her family bolstered her and it was Ida’s sister who had the jitters, “I have to take a pill when she plays…yes I am very nervous.”

Haendel is probably the last of that magnificent generation of violinists. Her performance of the Sibelius Concerto elicited a fan letter from its composer: “I congratulate you on the great success, but most of all I congratulate myself, that my concerto has found an interpreter of your rare standard.” With a formidable technique and astounding expressivity, Haendel played flawlessly into her eighties. “Music is part of everything…We never finish learning. Every day is a day of discovery and I see no existence without music.”

Fortunately there are several fascinating documentaries about her life as well as her recordings to relish.