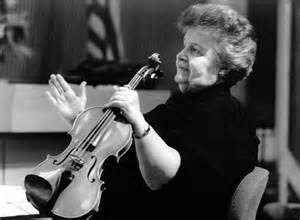 Dorothy DeLay, violin teacher at the Juilliard School and Sarah Lawrence College, University of Cincinnati-College Conservatory of Music, New England Conservatory as well as the Meadowmount and Aspen summer programs, was known for her nurturing style that carefully catered to the particular student.

Her students included members and founders of some of the greatest chamber ensembles. The list is long and includes the Juilliard, the Tokyo, the Cleveland, the Vermeer, the Takacs and the Ying String Quartets. Joseph Swenson and Peter Oundjian became conductors. Among her students are many concertmasters, section players in orchestras, and teachers. At the Juilliard School today, the teachers include fourteen former students of Ms. DeLay.

What was the magic that made her so unique in the history of violin pedagogy? “I would come and play for her, and if something was not quite right, it wasn’t like she was going to kill me.” Itzhak Perlman once said. “She would ask questions about what you thought of particular phrases— where the top of the phrase was, and so on. We would have very friendly, interesting discussions like, ‘Why do you think it should sound like this?’ and ‘What do you think of that?’ I was not quite used to this way of approaching things.” 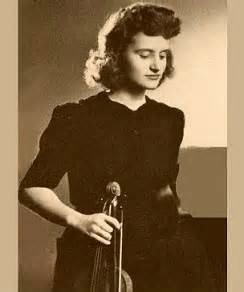 Ms. DeLay was a violin student of Galamian when she became his assistant and realized her calling. She loved teaching more than performing. Although she had an informal, relaxed studio atmosphere, often calling her students sweetie, she still insisted on tough standards— five hours of practice time focusing on all the essentials— technique, etudes, repertory pieces, concertos and solo Bach of course. Wisely, she would suggest a 10-minute break between each hour of practice time.

Like my teacher Janos Starker, Ms. Delay encouraged her students to interpret the music by deeply exploring the music on their own, rather than insisting that they emulate her playing. This prevented “carbon-copy” players and nurtured real individuality and personality in students. But whenever a student appeared to be diverging from tradition or good taste, she would step in calmly to set them straight. Violinist Philippe Quint shares a funny story about this very subject involving ‘red shoes’ in the YouTube below.

Phillipe Quint talks about her:

Nadja Salerno-Sonnenberg was quoted as saying in 1992, ‘I think the greatest thing about Dorothy DeLay is that she has the ability to look at a young student or an old student and pretty much size up their character and the way that they think— their personality, basically—and how in a short period of time what’s the best door to use to get them into here. And that’s her method—the fact that there is really no method.” 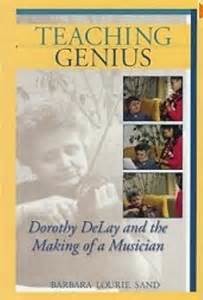 Dorothy DeLay came by her talent honestly. Both of her parents were musicians and teachers. DeLay began her violin studies at the age of four. By the time she was sixteen she had enrolled in Oberlin Conservatory and when she was 20, she moved to New York to enrol at the Juilliard School where she continued her studies.

It wasn’t easy to support herself as a student. She worked as a baby sitter and performed in restaurants, at weddings and in Broadway theater orchestras. She formed the Stuyvesant Trio and toured as a recitalist and as a member of Leopold Stokowski’s All-American Youth Orchestra. In 1946 she decided to return to Juilliard to continue her studies with Ivan Gallamian becoming his assistant, staying in his shadow for many years.

Eventually all was not well between them. Their teaching styles and philosophies began to diverge. Galamian was much more old school—strict and unwavering. There was to be no give and take in his class.

By 1970 their differences came to a head. Miss DeLay told Galamian that rather than teach at Meadowmount as she had previously done, (Galamian’s summer camp) she would teach the following summer at Aspen. Galamian never spoke to her again. He even went so far as to ask the Juilliard School to fire her. When the school refused, Gallamian insisted that students must choose between them. Miss DeLay was Perlman’s choice.

A recipient of many awards and honorary doctorates, she received the National Medal of Arts, presented by President Clinton at the White House in 1994. DeLay played a 1778 GB Guadagnini violin (named the Dorothy Delay Guadagnini) and she is the subject of a biography by Barbara Lourie Sand—Teaching Genius: Dorothy DeLay and The Making of a Musician.

Cho-Liang Lin describes Ms. DeLay as his most influential teacher. He eloquently explains why in the following YouTube. “Sugarplum: What’s your concept?” Certainly there are few women who had more influence on hundreds of outstanding violinists than Dorothy DeLay.

Cho-Lian Lin tribute to his teachers: