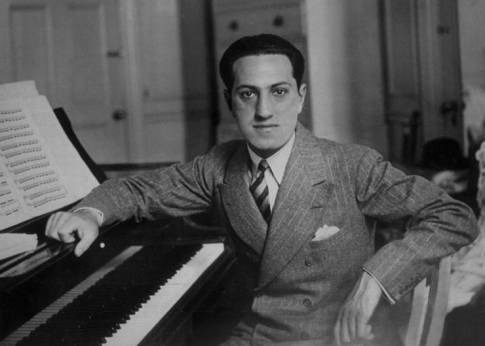 In 1937 George Gershwin was at the top of his game. His Rhapsody in Blue (1924), An American in Paris (1928) and his opera Porgy and Bess (1935) had established him as one of the most prolific and talented composers of his generation. In January of that year, Gershwin was the soloist in his Concerto in F, performed with the Los Angeles Symphony Orchestra under the direction of Alexander Smallens. During the performance, Gershwin experienced an extended blackout, accompanied, as he subsequently described to his private Psychiatrist Dr. Zilboorg, by the smell of burnt rubber. Gershwin had been in Dr. Zilboorg’s care since 1936, when he began to struggle with extended bouts of severe depression, and complained of headaches and dizziness spells. Dr. Zilboorg sent Gershwin for specialist examination with Dr. Ernest Simmel, who diagnosed some sort of psychosomatic disorder.

Within months Gershwin’s headaches and dizziness spells became more severe, and were always accompanied by nausea, vertigo and unpleasant smells. He lost consciousness at his barber shop and was briefly admitted to the Cedars of Lebanon Hospital in Los Angeles on June 23, 1937. A team of specialist doctors performed blood tests, skull X-rays, EKG and the results were all negative. The final diagnosis suggested “a nervous affliction, perhaps self-induced; most likely hysteria.” His relatives started to report increasingly bizarre changes in George’s behavior. He once tried to push his chauffeur out of a moving car, smeared chocolates on his body as ointment, and was complaining of severe motor limitations, like letting objects fall from his right hand while climbing a flight of stairs.

On the evening of 9 July 1937, Gershwin collapsed in his home and was rushed to the Cedars of Lebanon Hospital. He lapsed into a coma during the night and was diagnosed with “glioblastoma multiforme” in the morning of July 10. Surgery seemed the only option, and Drs. Rand and Naffzinger got their scalpels ready in order to locate the tumor. They found “the fourth ventricle compressed and dislodged to the left, and the third ventricle was widened and dislodged laterally, suggesting a compressive tumor in the right temporal lobe.” I’ll spare you the grisly details of the five-hour procedure, as Gershwin died at the age of 38, at 10:35am, 11 July 1937, without having recovered his consciousness. The medical community commented, given the late diagnosis, “I can’t fathom what could possibly be done for Mr. Gershwin. It was one of those fulminating tumors. Even though a great part of the tumor was removed, he would soon relapse. I believe that death was the best outcome for him, since for a brilliant man a recurring tumor would be but a terrible, slow death.”

A recent publication by Dr. Gregory D. Sloop, associate professor of pathology in New Orleans, suggests that Gershwin’s tumor “may have been slow-growing and treatable, even with the technology of the time.” Sloop bases this opinion on a number of photographs of microscope slides taken from Gershwin’s brain, suggesting, “that the tumor cells lack the shape and characteristics of a malignant tumor.” Be that as it may, it is clear that the medical community did not take Gershwin’s original symptomology very seriously. He received little sympathy and was thought of as an attention-seeking and notorious hypochondriac. It is clear, however, that Gershwin’s cause of death was organic rather than psychosomatic. Given an earlier and accurate diagnosis and proper treatment, Gershwin might easily have lived, performed and composed for a number of years to come!