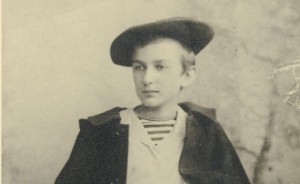 Karol Szymanowski (1882-1937) was supremely gifted, intellectually and musically. Even before reaching his teenage years, he spoke fluent French, German and Russian, and his interest in music and philosophy was insatiable. Receiving instructions from Gustav Neuhaus, Karol read Schopenhauer and Nietzsche, and got to know the music of Bach, Mozart, Beethoven, Brahms and Chopin. But it was the music of Richard Wagner and Richard Strauss that fueled his youthful imagination. And since his early works were subject to hostile criticism on account of being “too Chopinesque,” Szymanowski deliberately looked towards the “new German” composers for the acquisition of various compositional techniques. It was within this context of searching for a personal stylistic horizon, that he published his 2nd piano sonata. For many years Arthur Rubinstein and Sviatoslav Richter were the only pianists to include the second sonata in their regular performing repertory. Even the composer thought that the work would present a pianist with enormous challenges. “I don’t know who will be playing all that,” he wrote, “because it’s long and devilishly difficult.”

Karol Szymanowski: Piano Sonata No. 2
Szymanowski visited Sicily and North Africa in the spring of 1914, and the journey renewed and intensified his interest in Mediterranean and Arab cultures. He called Sicily a “divine island,” and a temporary interest in Islam confirmed his objection to Christianity and its morals. His musical style greatly benefited from his growing awareness of modern French and Russian music, and this love of the “exotic subject matter” helped him to escape the dominant German influences. Drawing together the refined sonorities of Debussy, Ravel, and the late Skryabin, the war years saw the creation of the great piano cycles Metopes and Masks. Relying on both musical and literary influences, this music was described as “a body of work representing a dazzling personal synthesis of cultural references, crossing the boundaries of nation, race and gender to form an affirmative belief in an international society of the future based on the artistic freedom granted by Eros.” Setting lyrics by Jarosław Iwaszkiewicz, the Songs of the Infatuated Muezzin emphasize sensuous expression and a pronounced Oriental touch.
Karol Szymanowski: Songs of an Infatuated Muezzin 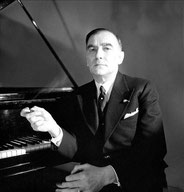 Szymanowski was rejected from military service and enjoyed what he called a “period of splendid isolation.” In fact, the war years were Szymanowski’s most prolific period as a composer. He developed a steady routine of uninterrupted composition and his Symphony No. 3 for solo tenor, mixed choir and orchestra was completed in 1916. Subtitled “Song of the Night,” the text is taken from a 13th century text by the Persian poet and mystic Jallal-al-din Rumi. This mystical-pantheistic text provided Szymanowski with the ideal subject for his long-cherished desire to write a poem symphony. This vision “illuminating the mystery of God and Being, the rapture and dazzlement which accompany it, the feeling of the extraordinary, all this provided opportunity and stimulus to create music of exceptional emotional power, reaching a state of ecstasy; at the same time this music was new, strange, uncommon, fantastic, far-removed from the old conventions and even, in its mysterious depth and mood, unique and unrepeatable.”
Karol Szymanowski: Symphony No. 3
Getting caught in the October Revolution, Szymanowski endured one of the darkest periods of his life. The family home was destroyed and the composer sank into a deep depression that hindered his ability to compose. “Can you imagine,” he wrote in 1918, “I cannot compose now.” Instead he took up literary aspirations and completed the two-volume novel Efebos, taking his own homosexuality as its subject. In response to his life experiences, his music eventually took a very different turn. He developed a keen interest in the Polish folk idiom and “undertook the task of creating a Polish national style.” In particular, he embraces the culture of the Polish Highlanders (Gorals), and incorporated their tonal language, syncopated rhythms and melodies into his music. Piotr Anderszewski writes, “Szymanowski’s music is full of fascinating contradictions, vacillating between the archaic and modern, the religious and the hedonistic. The sounds are so unfamiliar and disorientating. He is like no other 20th-century composer. That is the magic of Szymanowski.”
Karol Szymanowski: Violin Concerto No. 1