Composers Inspiration
From Silence to Death: The Silver Swan
by Maureen Buja May 17th, 2022

The swan is a bird of many metaphors: sailing perfectly calmly on the surface and flapping wildly with their webbed feet below is one of the more memorable. In music, however, the swan is the bird that is silent in life and only sings at death. 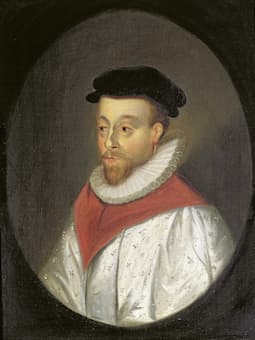 Anon: Orlando Gibbons (17th century)
(Oxford: Faculty of Music ‘copy from a lost original
once in the possession of a Mrs. Fussell’)

The silver Swan, who, living, had no Note,
when Death approached, unlocked her silent throat.
Leaning her breast against the reedy shore,
thus sang her first and last, and sang no more:
“Farewell, all joys! O Death, come close mine eyes!
More Geese than Swans now live, more Fools than Wise.”

Our silver swan’s Swan Song isn’t about her life, but about what will happen after her death: joy will cease, and ugliness and idiots will be everywhere. It’s almost a modern metaphor! We don’t learn from her experience but hear about her fears.

The anonymous text above was first set by Orlando Gibbons and published in 1612 in his First Set of Madrigals and Motets.


In Gibbons’ setting, the intense counterpoint allows us to hear the complexity of what the swan has experienced. When we get to the third line, as she leans against the shore, we have a twinge of dissonance as if of a hidden pain. This dissonance comes back in the fifth line at the word ‘Death’ in an otherwise beautifully consonant setting.

This work has inspired several modern composers to take up the text, although no one else during Gibbons’ time set it.

In the 20th century, one of the earliest settings was by American composer Ned Rorem in 1949. The setting is quite melismatic, unlike Rorem’s usual text settings where he tries to match the music with the musicality of the poetry more closely.


John G. Bilotta’s 1976 song to this text is a rather plain and syllabic setting that doesn’t seem to do much for the poetry. The leap to ‘throat’ at the end of the second line just seems out of place.


In his 1985 song, William Mac Davis sets the poem in an almost 19th-century style to start with before becoming distinctly 20th century in his harmonies. The setting of the last two lines is extremely effective, ending on ‘wise’ without really resolving the line.


Garth Baxter’s Silver Swan, written between 1994 and 2005, is full of unexpected leaps and harmonies. He’s one of the few composers who repeats, breaking up and repeating the fourth line and gradually building to a climax followed by a grand pause. The swan’s last two lines fade away after the climax on ‘no more’ and then, rallying, repeats the last 2 lines again before closing on with a consonant cadence. The composer saw his setting of The Silver Swan like a dark Irish ballad.


British composer Bernard Hughes said he never heard Gibbons’ original before he made his setting in 2006. His setting seems to come in crashing waves of chords, rising and falling like the swan rough water. The last two lines are set in accumulating chords, with first one part, then two parts, then the rest of the choir piling into the harmonies in close order.


American composer Lori Laitman gives us the last voice of the swan. Soprano with obbligato flute present the familiar text with the addition of a number of ‘ahs’ into the poetry before we have the swan’s words; she said that they represented the swan’s warmup to the final two lines. This death scene of our poor swan puts its climax on the beginning of line 6, ‘Farewell, all joys!’ whereas the last note, held by the flute as long as possible, is the swan’s dying breath.


Exploring how a song text can change over 400 years becomes an interesting experiment – Gibbons’ 1612 setting of a poem that’s a commentary on the foolishness of the world becomes, in 2007 when Lori Latiman made her setting, more of a commentary on how much of the world is unsustainable. The swan’s dying breath could be everyone’s dying breath as more fools appear than wise counselors.