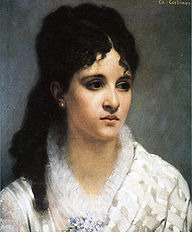 Picturesquely located on the banks of the Loire River, the settlement of Chédeville has been famous for its cultivation of wine since prehistoric times. Truth be told, however, it hasn’t, as a city by this name is only found in my personal and fictional travel guidebook! However, Nicolas Chédeville (1705-1782) was a real French composer, and “the most celebrated musette player France had ever had.” His works were primarily intended for the amusement and pleasure of wealthy amateur musicians, but Chédeville received lasting notoriety for his impersonation of Antonio Vivaldi. In 1737 Chédeville made a secret agreement with Jean-Noël Marchand to publish a collection of his own compositions as Antonio Vivaldi’s Op. 13, entitled “Il pastor fido.” Chédeville received all the profits, and he certainly fooled musicologists for a very long period of time. Impersonations aside, Chédeville also fashioned an arrangement of Vivaldi’s Four Seasons for musette, violin, and flute.

The Bonis Peninsula is a narrow peninsula located on Bougainville Island, Papua New Guinea. Separated by a narrow channel from Buka Island, Mount Balbi at 2,700 meters is the highest point. Geographically Bougainville Island is part of the Solomon Islands archipelago, but it is not part of the state of Solomon Islands. I know what you’re thinking! Here he goes again making up fictional locations around the world. But wait, this one is actually true. The Bonis Peninsula does exist, as does the prolific French classical composer Mélanie Hélène Bonis (1858-1937), primarily known as Mel Bonis. She was the first woman to study at the Paris Conservatoire, but when a liaison was discovered, she was forced to give up music. Much later, once her children had grown into adulthood was she able to return to her compositional activities. In all, she composed over 300 compositions, including works for solo piano, organ pieces, chamber and choral music and works for orchestra.

Although Bréval is an actual commune in the Yvelines department in the Île-de-France region in north-central France, the name is most commonly associated with the composer and cellist Jean-Baptiste Sebastien Bréval (1753-1823). Born in Paris, Bréval became an active cello teacher and orchestral musician and performed his own sonatas at a Concert Spirituel in 1778. Full of energetic rhythms and graceful melodies, his instrumental pieces reflect the musical fashion of his time. Bréval is primarily known for his Sonata in C major, Op. 40 No. 1, which is a classic of the student cello literature. Countless versions of this composition have been published in transcriptions for other instruments, including one for bass clarinet. Bréval also wrote a number of symphonies, a comic opera and the first systematic treatise on the cello.

Michel de Lalande (1657-1726) was a French Baroque composer and organist in the service of King Louis XIV. A contemporary of Jean-Baptiste Lully and François Couperin, de Lalande taught music to the daughters of the King and was director of the French chapel royal from 1714 until his death at Versailles in 1726. He was the greatest composer of French “grands motets,” a type of sacred work for soloists, choir and large orchestra. These Latin settings of psalms originally adhered to French Baroque style, but later incorporated melismatic lines and greater attention to polyphonic counterpoint. Although de Lalande was an expert organist and harpsichordist, he has not left a single note of keyboard music.