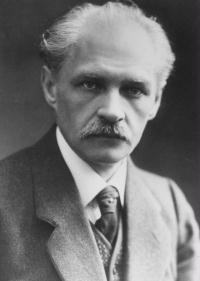 The Baltic Sea is sometimes referred to as the “Mediterranean of the North.” For centuries it has been a vital thoroughfare for trade and travel across ethnic and religious borders. And the cities of Lübeck, Rostock, Danzig, Copenhagen and Stockholm were vibrant centers of musical life. Not sure if you guessed correctly, but Theile is not a city bordering the Baltic Sea, but identifies a composer active in the city of Lübeck. Johann Theile (1646-1724) studied with the great Heinrich Schütz, and after spending a good deal of time in Italy, he held positions in Berlin and served as a music teacher to the royal court in Lübeck and Stettin. He composed in a variety of genres, most prominently in the fields of sacred vocal music and opera. He also wrote a number of theoretical works on counterpoint, and taught Dietrich Buxtehude and Johann Mattheson.

Not to be confused with the lovely town of Jena, Gustav Jenner (1865-1920) was the only formal composition student of Johannes Brahms. Born on the island of Sylt, Jenner had Scottish ancestry and started to teach himself to write music. The poet Klaus Groth arranged for him to study with Brahms’s teacher Eduard Marxsen in Hamburg, who in turn referred him to Brahms. Between 1888 and 1895 Jenner studied with Brahms, who remained mercilessly critical of Jenner’s compositional attempts! Concentrating on chamber music, Jenner composed 3 string quartets, three violin sonatas, a cello sonata and a piano quartet, and he published two volumes of recollections of Brahms.

The city of Dole was the capital of Franche-Comté in eastern France until Louis XIV conquered the region. He shifted the parliament and the university from Dole to Besançon in 1422. Completely unrelated, Johann Friedrich Doles (1715-1797) was a German composer and student of Johann Sebastian Bach. He attended the University of Leipzig and later became cantor and conductor at the St. Thomas school and church. When Wolfgang Amadeus Mozart visited Leipzig, he improvised on the organ of St. Thomas and Doles conducted the choir in a performance of a Bach motet. Mozart listened with extreme attention before exclaiming in delight “Here’s something that we can all learn from.” Mozart asked to see the parts of Bach’s other motets before asking for copies. As a composer, Doles is primarily remembered for his chamber and sacred music, but he also wrote a manuscript treatise on singing. 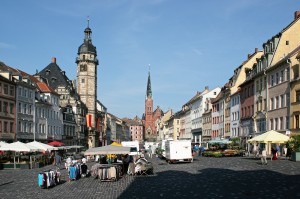 This was actually a trick question, because there is both a town and a composer by the name of Altenburg. For one, it is a city in Thuringia located south of Leipzig, first mentioned in 976. Michael Altenburg (1584-1640), on the other hand was a German theologian and composer who worked as cantor in Erfurt. He published theological treatises and various vocal concertos and motet. Widely respected in both fields, a massive plague during the Thirty Years War killed his wife and ten of his children. And just in case you are wondering, there was an additional composer by the name of Johann Ernst Altenburg (1734-1801). Best known for his six harpsichord sonatas, he also published the oldest German trumpet treatise and even wrote a concert for 7 trumpets and timpani!