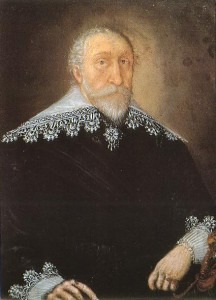 When Prince Heinrich II, Count of Reuss-Gera, died on 13 December 1635, he knew exactly what would happen at his funeral as he had designed it all himself. The texts, from scripture and from 16th century writers, such as Martin Luther, were chosen by Count Henry with the music commissioned from Heinrich Schütz. Schütz at the time did not work for him, but worked as the Kappellmeister in the Hofkapelle of the Elector of Saxony, Johann Georg I, in Dresden.

The Prince (1572-1635) was a sickly man, and, preoccupied with the idea of death during his final years, made meticulous plans for his own funeral. A year before his death, he commissioned an elaborate and expensive copper coffin, painted with his chosen biblical passages which themselves formed a separate theological statement. After the Prince’s death, the collection of texts was given to Schütz so he could create the funeral music for the Prince’s memorial mass. This is what he used to create the first part of the ‘Musicalische Exequien,’ the Concert in Form einer teutschen Begräbnis-Messe (Concerto in the form of a German Funeral Mass).

This very long first section was to be performed as the mourners entered the church and, as one commentator notes, formed a kind of sonic projection of the theological contents of the invisible coffin, draped in black for the funeral. 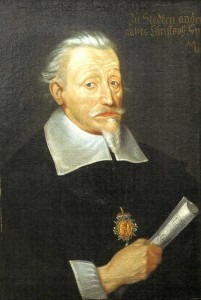 After the sermon of the mass, the second movement was to be performed. The funeral sermon would have been on the text from Psalm 73, verses 25-26, and so Schütz’ motet movement is on the same text.

Herr, wenn ich nur Dich habe
The last movement is from the Song of Simeon: Lord, Let your servant depart now in peace, taken from Luke, Chapter 2, verses 25-35, describing the scene when the aged Simeon encounters the child Jesus.

Canticum B.Simeonis ‘Herr, nun lässest du deinen Diener’
Unfortunately for the Prince’s plans and Schütz’ intentions, the funeral on 4 February 1636 coincided with an outbreak of the plague in Gera, so the final scale of the ceremonies was smaller than had been planned for. The music, however, lives on as a testimony to one man’s deathbed desires and the brilliant realization of them in music by Schütz.