Opinion
Are concerts “too long”?
by Frances Wilson November 17th, 2016 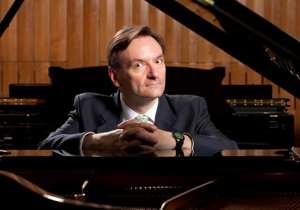 British pianist Stephen Hough sparked a lively debate recently by suggesting that classical concerts could be “shorter” to attract younger or new audiences, or to allow venues and musicians to offer two concerts in one evening. He also hinted that intervals could be dropped in favour of a performance lasting around 70 or 80 minutes, and that concerts could start at different times (in the UK the standard start time for an evening concert is 7.30pm, in Europe 8pm or even 8.30pm is normal) perhaps to allow two performances in the same evening or so that people could enjoy a meal before or after the concert.

In fact what Stephen Hough is suggesting is not that new. Many musicians, ensembles, orchestras and venues have been experimenting with different ways of presenting classical music for some time, from rush-hour concerts at 6.30pm to hour-long late concerts, starting at 10pm, 45-minute lunchtime concerts or lecture-recitals. Earlier this year I met and interviewed conductor John Landor whose innovative Meet the Music concerts (http://www.lmaorchestra.com/) allow audience members to get right up close and personal with the musicians and the music, literally, while the Orchestra of the Age of Enlightenment has for some time offered concerts in pubs and late-night “speed-dating” sessions where the audience can meet the musicians after the performance.
Personally, I have never had a problem with the length of concerts. I think this is partly due to the fact that from a very young age I was taken to concerts and opera at which I was asked by my parents to sit quietly and attentively. In fact, my mother used to say to me that it was “very rude to yawn or fidget” during the performance “because the musicians can see you and will be offended if they think you’re not listening properly!” Having been on the other side of the stage, so to speak, as a performer in recent years, I am not so sure she was right (I tend not to look at the audience, as a pianist, until I stand to bow), but I think her comments certainly taught me to be a well-mannered and attentive concert goer. In over 40 years of concert going I have only twice fallen asleep during a concert, once during a Prom for which I had rushed up the motorway in the car to get to in time. I also feel slightly embarrassed if I have to leave during the interval. 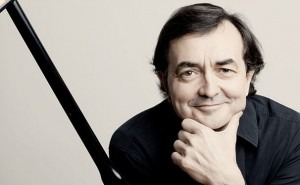 The length of a concert is dictated by many factors, including the programme and type of music being performed, venue, and time of day. Sometimes performers like to run a whole 70-90-minute programme without a break (Pierre-Laurent Aimard did this a few year’s ago with his Liszt Project cycle), and certain works, such as Bach’s Passions or the Goldberg Variations, and Messiaen’s ‘Vingt Regards’ are best performed without a break so that listener, and performer, can appreciate the arc of the music’s narrative. But some repertoire is very demanding for the soloist/musicians and an interval may be necessary not only for the performer/s to have a break and a drink, and regroup before going back on stage, but also for the audience to pause and reflect on what they have heard, have a break, chat with friends and go back for the second half with refreshed ears and mind.
Bach: Goldberg Variations
Glenn Gould (1981)
I think it’s easy to forget too that for many people going to a concert is very much a social experience: it’s not just about the music, though of course that is the greater part of the evening, but it is also about meeting friends, sharing the excitement of live music, the conversations afterwards about what you heard.
Other factors dictate how long one can last in the auditorium, such as comfort of seats (Cadogan Hall has the comfiest seats in London), climate (the Royal Albert Hall can sometimes be unbearably hot and airless), and quality of the “social areas” (bars, foyers etc).
So I think what Stephen Hough is really suggesting is that it’s important to keep thinking of creative and exciting ways to present classical music. Concerts may be short or long, with or without interval, or formal dress. Performers may speak to the audience beforehand, or be interviewed, or maybe there is a pre-concert talk, or a post-concert Q&A session. Whatever the format, the fundamental purpose of a concert, in my opinion, is to share music and embrace the wonderful experience of shared music making.