Artists Interviews
Finding His Own Way – An Interview with Stephan Moore
by Maureen Buja June 17th, 2018 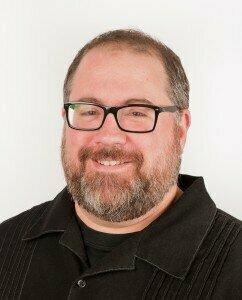 His is the art you hear but don’t see; he’s the invisible performer behind the sound. Stephan Moore is your man of all audio skills: he’s a sound artist who invents his own speakers, he’s a musician who’s created multichannel works for HK’s recent Sonic Anchor: Sound Forms Festival, he’s a composer whose soundtrack for Yanira Castro’s Dark Horse/Black Forest won him a New York Dance and Performance ‘Bessie’ Award. He served for six years as the sound engineer and as a musician for the Merce Cunningham Dance Company. And now he’s in the Department of Radio, Television and Film at Northwestern University in Evanston, IL.


His work with sound environments came through long work in music and electronics. Dr Moore grew up in Marquette, Michigan, located on northern edge of the state. The next closest large city was some 3 hours away. But his choir-singing skills brought him to Michigan’s Interlochen Center for the Arts from age 12 onward and his career in music started. 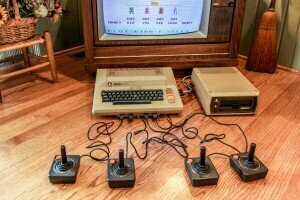 We’re now in the mid-1980s. Personal computers are still a few years away, but there is the Atari 800 and Music Construction Set, which he uses to play choir music. Dr Moore now starts both writing music and recording music, ending up at a summer camp on that new thing: MIDI Sequencing. MIDI (Musical Instrument Digital Interface) enabled compatible instruments (keyboards, drum machines, synthesizers, or sequencers) to communicate with each other. At Interlochen, there was an entire MIDI setup that wasn’t being used and now there was a student with a burning interest to find out everything that lay in that intersection between music and programming. He changed from being a pre-choir conductor to a MIDI master.

Yet, his own musical education was lacking some of the depth that an older music major might be expected to have. He taught himself music theory through the exercise of writing music. His projected career as a choir conductor vanished when he discovered that he’d rather make his own music than interpret the music of others.

In 1991, he learned the notation software Finale and migrated to that platform. He went to Western Michigan University in Kalamazoo, MI and discovered the Moog Modular Synthesizer. Robert Moog’s ground-breaking synthesizer made its first appearance in the mid-1960s, it gained popularity through its use in pop music, with Wendy Carlos’ Switched-on Bach (1968) being an early use of the Moog. 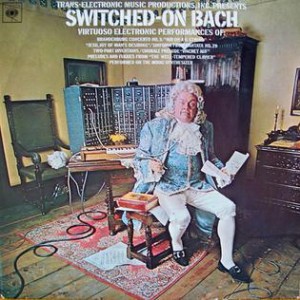 At WMU, he did a math minor and a computer science minor but was held back from completing his music major by that pesky piano final, which he suspects that they finally passed him on just to get him graduated. His field was music and technology, but in a world where the computer music major was only first being imagined. With the advent of the internet, he looked for programs that combined computers and music and ended up at Peabody Conservatory in Baltimore, working under Dr. Ichiro Fujinaga. He found Peabody antithetical to composers and, in fact, performers were warned off working with them. Computers, on the other hand, were open to any kind of composers. Here he learned the software platform Max, which allowed for the interactive creation of audio. For the first time, he could work with a computer in real time as an instrument, rather than composing on it for later performance.

He left Peabody in 1998 and began working for Soundprint, which produced programs for National Public Radio (NPR). There he worked on an independent documentary series that created some 50 NPR shows. Radio protocols make a different demand on the artist, where music is only one aspect of the soundscape.

In 1999, the web boom hit and he began working for Polk Audio as their New Media Director. He created their web page before returning to school, this time to Rensselaer Polytechnic Institute (RPI), the oldest technological research university in the US. There he met Pauline Oliveros, the American composer who was instrumental in the development of tape and electronic techniques.

Oliveros: Mnemonics III (Pauline Oliveros, electronics, tape)
Dr Moore graduated from Rensselaer in 2003 and started teaching for the Massachusetts College of Art and Design (MassArt) and Simon’s Rock College as well as RPI on subjects such as Sound for Video and Sound Installation Art. There, he found that teaching music in an arts school was a much more open proposition than teaching music in a music school.

From 2004 to 2010, he toured as sound engineer and musician with the Merce Cunningham Dance Company. Cunningham made a fundamental change in dance choreography by moving the point of emphasis of dance away from the centre of the stage, often providing the audience with a choice of focal points. His life partner, John Cage, was the music source and inspiration for Cunningham’s work.

Dr Moore was the sound engineer for Cunningham’s Ocean, which places the audience in the round, the orchestra behind the audience, with no conductor except a time clock. The orchestra is supplemented with electronics, including recordings of ocean creatures.

Working with Cunningham put Dr Moore in the centre of New York’s art world, since Cunningham worked not only with Cage but also with their contemporaries: Jasper Johns, Robert Rauschenberg, Roy Lichtenstein, Bruce Nauman, Frank Stella and Andy Warhol. Musicians such as John La Barbara would join in the Cunningham tours. The Company did 40-45 weeks a year on tour and then spent July and August in New York.

Between finishing his work for Merce Cunningham in 2010, and starting at Northwestern in 2015, he did his PhD in Computer Music and Multimedia Composition in the Multimedia & Electronic Music Experiments (MEME) program at Brown University. At Northwestern, he has taught at both their Illinois and Qatar campuses.

He began performing shows together with Scott Smallwood as Evidence, creating programs with deeply layered sound inspired by their recordings of natural and industrial sound. “Losperus” is a performance of unstable sound sculptures, fashioned anew for each performance from discarded household items.


He makes you hear the world in a new way. He found his own way into music via computers and has been instrumental in keeping the world of the auditory surprise alive. He listens to the world with different ears and helps you to do the same.