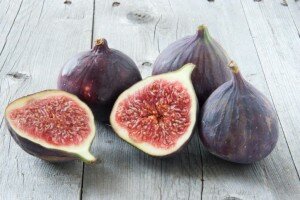 I’ve been trying to get my partner to like the fig. I strove to convince her of the pleasure, the beauty, the sheer sensual delight of the fig. But, she resists. I went on to tell her she didn’t know what she was missing out on, and that there is nothing that compares to the taste of a fig.

She told me that she had tried them and didn’t like the taste. I was dumbfounded. Speechless, I didn’t know what to say. How could someone not like the fig?

Similar reasoning applies to why young people don’t go to classical music concerts. Generally, they will have heard classical music and generally, they don’t like it — yet. No amount of convincing is going to persuade anyone that something they don’t like is good for them. I’m not talking about education or personal hygiene here, I’m talking about the constant push from some older people and institutions to get younger people into concert halls.

Most people in the classical music world have an opinion and most likely an article on the problems and solutions to push the young into classical music. But what people fail to see is that they already have a massive audience — people over 50.

I live in Canberra, the capital of Australia. The Australian National University (ANU) in Canberra has a School of Music. Our main concert space is the Llewellyn Hall; it is located within the School of Music. Go to any concert there and what you will see is the bulk of audience members have grey hair. Few of the music students attend the regular classical music concerts. 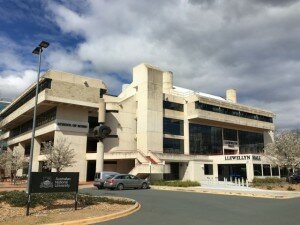 As a concert reviewer here in Canberra for a local paper, I have reviewed over two-hundred concerts of “classical music” in the past few years. By far the majority of audience members were people over 50.

I started a bachelor’s degree this year, in writing at Canberra University. Being a diligent student I am always early for lectures and tutorials. At one tutorial I got into the classroom first, sat down and prepared myself. As the young students came in they all sat at other tables. By the time the class began, I was the only one sitting alone. Every other table had three to four students at it.

It’s not that most young people are rude and don’t want to have to interact with older people like me, I found out that most are too timid and scared of people my age. They don’t want to be made to feel uncomfortable and put in situations where they can’t express themselves the way they do around people of their own age.

Roussel: Le Festin de l’Araignée, Op. 17
I disliked classical music until I was 24, even though I began learning it on the piano at 18. But then I really started to hear classical music and found so much to like. I attended my first classical music concert at 24. The Sydney Symphony Orchestra played the Symphony No. 3 by Prokofiev, another work I can’t remember the name of and then, a piece that blew me away; Le Festin de l’araignée, The Spiders Feast by Albert Roussel. And it was that piece that made me want to be a composer.

Classical music will come to most people at one stage in their life. Push it onto them and it might never be part of their world.

There are hundreds of articles printed and on the web on “How to Get Young People to Like Classical Music”. Some have good points, but most miss the point. Almost no one is guided into classical music. It either finds you or it doesn’t. Like my partner and the fig, no amount of convincing or pushing is going to make someone like something they don’t want to like.