Sometimes, the course of musical history is utterly changed by the split decision of a single individual. When Ferdinando de’Medici, Grand Prince of the Duchy of Tuscany needed a caretaker for his roughly 75 musical instruments, he hired Bartolomeo Cristofori, a relatively unknown harpsichord builder from Padua in 1688. Unbeknownst to both, this turned out to be a complete game changer. Besides repairing and tuning the Prince’s extensive harpsichord collection, Cristofori also began to invent a series of new instruments. The oval spinet of 1690 — a type of harpsichord featuring an unusual shape and novel mechanisms for changing registration — and the spinattone, invented in the mid-1690’s, were surely intended for Ferdinando’s own performances in the basso continuo group. The third instrument to emerge from Cristofori’s imagination, around 1700, as you well know, was the piano, or more properly called the fortepiano. 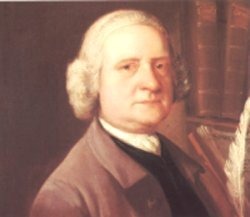 Lodovico Giustini: 12 Sonate da cimbalo di piano e forte, Op. 1, No. 1
Gradually Cristofori’s instruments appeared in the courts of Portugal and Spain, and Lodovico Giustini composed the first music specifically written for the instrument in 1732. By 1760, the fortepiano had achieved enormous popularity, and the instrument builders Stein, Streicher, Walter and Graf in Vienna, and Zumpe, Shudi, Backers and Broadwood in London spawned the extensive technological developments that eventually allowed the instrument to evolve into the modern piano. Today, three fortepiano’s built by Cristofori around 1720 still survive. But who was this Ferdinando de Medici who started this musical revolution? He ruled the Grand Duchy of Tuscany from 1670 until 1713, and was a handsome and fine horseman and talented musician.

Ferdinando played the harpsichord and various string instruments, had a beautiful singing voice and was a master in counterpoint. He began to collect paintings, among them “Madonnas” by Raphael and Andrea del Sarto, but he became principally known as a patron of music. He turned Florence into an important musical center by inviting the most reknowned musicians into town, including Alessandro and Domenico Scarlatti, Giovanni Legrenzi and George Fredric Handel, among numerous others. Ferdinando sponsored annual operatic productions between 1679 and 1710 staged in a small theater in his private suburban villa at Pratolino. Ferdinando even produced some of the opera, including the inaugural Con la forza d’amor si vince amore (The power of Love will always win) with music by Giovanni F. Apolloni. The librettist G. A. Moniglia writes to the Prince on 13 June 1679: “I sent Your Excellency the text of the comedy extracted from the score; the only thing lacking is two scenes from the third act…If Signor Cerri comes to my house, we shall be able to dispatch it in less than three hours…so that if His Serene Highness wishes to hear it sung, he will be able to hear it all put in order.” 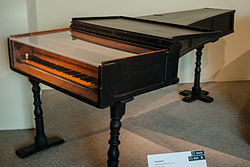 Ferdinando was also in close contact with Alessandro Scarlatti, and produced a total of five operas by the Neapolitan composer. In recognition for his patronage, Antonio Vivaldi dedicated his Estro Armonico to Ferdinando, and Corelli offered his 12 Concerti Grossi to Ferdinando’s sister Anna Maria Luisa de’ Medici. Although the operatic productions might be largely forgotten today, we shall surely forever remember Ferdinando’s decision to fund the invention and development of the most popular and most versatile instrument of all times.