Towards the end of his life, Gabriel Fauré struggled with increasing frailty and deafness. In fact, sounds had become seriously distorted, with high and low notes “sounding painfully out of tune.” When Prince Albert I of Monaco approached Fauré in 1918 to commission a short dramatic work for the Monte Carlo theater, the composer was simply not interested. It took the intervention of Camille Saint-Saëns—who had actually suggested the commission to Prince Albert in the first place—for Fauré to properly engage. 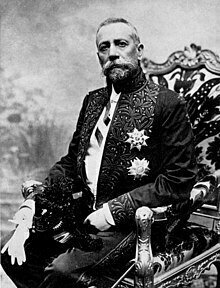 Prince Albert I of Monaco

In collaboration with theater director Raoul Gunsbourg and the librettist René Fauchois, Fauré was to provide the music for a brief divertissement performed at the Monté Carlo theater. The program of the Divertissement, later to become known as “Masques et Bergamasques” reads, “The story of Masques is very simple. The characters Harlequin, Gilles and Colombine, whose task is usually to amuse the aristocratic audience, take their turn at being spectators at a ‘fête galante’ on the island of Cythera. The lords and ladies, who as a rule applaud their efforts, now unwittingly provide them with entertainment by their coquettish behavior.” 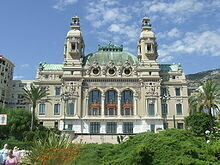 Instead of composing new music for just a few performances, Fauré reworked and expanded on this 1902 Fête Galante by linking together previously composed songs, instrumental and choral pieces. The Monté Carlo production was a huge success, and it soon made its way to the Opéra-Comique in Paris. Over the next thirty years it was performed more than 100 times, and puzzled scholars suggest, “It is paradoxical that Fauré’s most frequently performed stage work is also his least ambitious.” In the event, the Monté Carlo entertainment featured eight pieces, but in order to bring his music to a wider audience, Fauré fashioned an orchestral suite in four movements that he published as Masques et Bergamasques, Op. 112. The suite premiered at a Paris Conservatory concert on 16 November 1919, and it became one of Fauré’s most popular works.