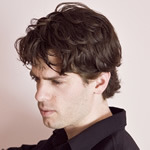 We were speaking the other day with Eli Marshall, whose latest work just saw international release. His movie soundtrack for Ann Hui’s The Golden Era is an integral part of the film. His score has been nominated for Best Original Film Score in the upcoming Hong Kong Film Awards. The film itself was given the award for Best Director at the 2014 Golden Horse Film Festival and documents the lives and turbulent times of Xiao Hong and Xiao Jun, two of the most important writers in 20th-century China.

Dr. Marshall has successfully combined his academic training as a composer with his interest in China to create a sound world of his own that carries his technical training lightly on top of a far deeper development of an international music sensibility.

An overview of his degree work shows where this international training came from. He holds degrees from the Curtis Institute of Music, the Hamburg Hochschule für Musik und Theater, and he was awarded a Doctor of Music degree by the Chinese University of Hong Kong. He also studied at the Yale School of Music, the University of the Arts (Berlin), and Goddard College in Vermont. He taught music at the Central Conservatory (Beijing), the Witten/Herdecke University (Germany), and the Hong Kong University of Science and Technology. He’s currently a visiting faculty member in Composition at Cornell University in the US. 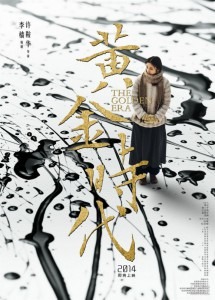 The most interesting part of his development came after he finished at Curtis in Philadelphia. He told me that he was advised by more than one person that the next step was to go to New York, attend Juilliard, and become involved in the New York music scene. Instead, after a first visit to China, he sought a Fulbright Award and went not to New York, but to Beijing. In the capital city he found a vibrant music scene that didn’t suffer from the divisional constraints he found in the US. The porous barriers between genres meant that folk musicians were very present in both the classical music world and in the rock music world. The barriers created by infrastructure were lower and Eli found a world in which he could make a substantial contribution.

In Beijing, Eli created the Beijing New Music Ensemble, and he did programs at the Ullens Center for Contemporary Art (UCCA). In 2013, he curated a series of 30 works (a majority of which were China premieres) featuring works by composers born in China in the 1970s and 1980s. The irony, of course, lay in the fact that for most of the composers, despite being born in China, these were their Chinese premieres as they had already begun to move to the West.

ZHOU Long: Taigu Rhyme (Beijing New Music Ensemble; Eli Marshall, conductor)
Another of his strengths lies in his work with sheng virtuoso Wu Tong. He met Wu Tong in New York in 2002 at a concert and after Eli’s move to Beijing, they worked further together. Wong Kar-wai’s film Ashes of Time – Redux benefited from Eli and Wu Tong’s collaboration in 2009 and now it’s Wu Tong’s sheng playing on The Golden Era that is critical in establishing the film track’s ethereal sound. Wu Tong himself has spoken about Eli’s grasp of the subtle qualities of the sheng. 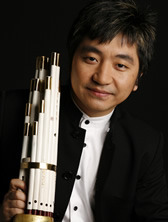 The Golden Era soundtrack was created by Eli in close work with director Ann Hui. Eli says that, in the end, he only wrote 40 minutes of music for the three-hour film and that for some audiences, the silence in the film is difficult. He said that his writing was intended to enhance, not decorate, the film. There’s no signaling of danger around the corner by the use of warning cellos, or any of the other auditory signals we’re so used to from Hollywood blockbusters. This freedom from convention had to be matched with the responsibility to put in the right music. To tease out the right sound, he researched the sound environment that the film’s subjects would have heard, including Russian cinema music of the 1930s and a bit of Shanghai jazz. For a sample of the music from the film:

Eli will be in Hong Kong in June 2015 for the Hong Kong New Music Ensemble’s Modern Academy 2015, as part of their first composition seminar where he’ll be discussing the music of Edgard Varèse and others, and about using music theory, particularly alternative tuning systems, as tools for experimentation in an increasingly diverse and international field.

In Beijing, Eli found the time and space to create and, more importantly, to think. His exposure to the musical world outside American academia has led him to a musical style that can be thought of as the New International. Staying at home will no longer be enough for new composers and Eli Marshall’s example shows one way that music is broadening its base.