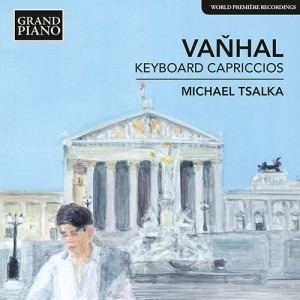 One of the leading composers of the Classical and early Romantic eras, Vaňhal played a vital role in the development of Viennese music between 1750 and 1780. He composed prolifically in many genres, including a large number of quartets, symphonies, sacred works, vocal and instrumental works. Vaňhal was at his most inspirational and improvisational in his keyboard Capriccios composed in the 1780s, which are some of the most creative examples of the Viennese Classical style, not least in their almost symphonic force.