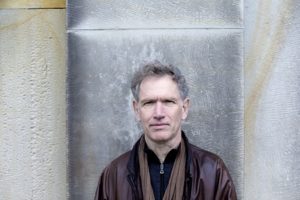 If you don’t live in a museum and you love music, you may have heard of the music of Danish composer Hans Abrahamsen – born 1952.

If you do live in Bach’s time and only ever expose your ears to music that conventional orchestras around the world play ad nauseam, you might want to try refreshing your playlist with a bit of Abrahamsen. Or any of the other living composers whose works are fresh, invigorating and multidimensional.

“New Simplicity” is a title for a style of music that arose around the mid-1960s. And it does what most titles do, it tells you nothing about the style. What happened to simplicity? Why did it die out? Supposedly, New Simplicity was a reaction to the complexity of Central European avant-garde music.

This is what Abrahamsen’s music was once described as. If you’ve heard any of his music, new it is, simple or simplistic it is not. Regardless of whether simplicity has anything to do with being simple. New descriptions are only a reaction to old descriptions, most have little meaning.

I’m not going to offer any facts or quotes about his music, just listen to it. Music is not only abstract, but it’s also factless. Like all music, Abrahamsen’s stuff speaks for itself. But what it also does, it spices up your senses, new things often do, you might be surprised.

If you want to hear a good dose of Abrahamsen, you could start with one of his string quartets, but to get to the meat and potatoes of his music, try his Traumlieder. It will only kill about 14-minutes of your life. It’s in six pieces, no, not movements, that’s for Beethoven’s music. This stuff is dreamy, it’s dark, it’s death-like especially the funeral march, ha ha. But it’s not all blackness, the mysterious scherzo is bright, and it moves as quickly as a new meme on the internet.

Once you’ve woken up out of that dream, try moving on to his seven-part song cycle, Let me tell You, and let me tell you, unless you’ve got something other than blood in your veins, this will move you. Schubert would have loved this work, it covers his gamut, subjects, colours, and more.

Music like Abrahamsen’s offers a world of varying colours and ideas. A lot of “new compositions” do that today. Every generation moved away and altered the music of the preceding generation of composers. This is how advancement and interest are kept alive in things, and not just in music. 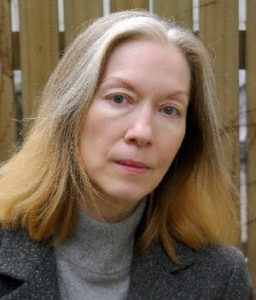 I always find it interesting to hear people’s reactions to new music. The number of people who love Arvo Pärt seem endless. His slow and enchanting style of music speaks to many people. So does the music of Abrahamsen. It seems to me that the reason why more people like Pärt than Abrahamsen is due to exposures.

If people got the same level of exposure to Abrahamsen’s music as they do to Pärt’s, maybe then more people would be demanding that they hear Abrahamsen in concert halls and on the airwaves. I’ve said this before, but just imagine JS Bach’s music had been denied a voice in his time. What would we have of his music today if that was allowed to happen?

There are many composers I can rattle off who have been denied a voice and their music is equally as good as any other music. And, it’s not too hard to find these composers. Some orchestras around the world champion new music. But there are far too few who do.

Esprit Orchestra in Canada is one of the few groups that are dedicated to performing and promoting new music. They have been going since 1983 and they are changing the listening habits of classical music lovers. At least, they are broadening their horizons.

Russian composer Alla Pavlova, born in 1952 has music that melts your heart and mind. But how many of us have heard of her? Not dissimilar from Vaughn Williams or Shostakovich, her music speaks of the earth. Her Sinfonia No. 2 dances across your mind like scenes in a ballet. It is powerful and so beautifully orchestrated; it will take your breath away.

You won’t have any trouble finding these composers music on the internet. Listen to it, listen to it all and maybe you’ll open a door, not into a museum, but into a hall of living, passionate music.