Guest Posts
Do you know Ashkenazy?
by Zoey December 27th, 2012 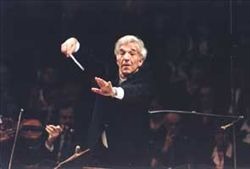 Last month, the Sydney Symphony Orchestra, led by chief conductor Vladimir Ashkenazy, performed a six-concert tour in China. This included visiting Qingdao and Wuhan ‒ two cities where few big orchestras get to play, due to the financial constraints of venues in these secondary cities.

It was the visit to Qingdao that sparked an unexpected and interesting debate ahead of the concert. A fan of Ashkenazy wrote a blog post expressing his doubts that a “small” city like Qingdao (comparative small, I would say, compared with cities like Beijing and Shanghai) was ready for this kind of “high-level orchestra and conductor”. He also questioned how many people in Qingdao actually knew of Ashkenazy. A newspaper followed the lead and interviewed a few industry people and music fans in Qingdao. The answers were rather mixed and vague, in my view, and none of the interviewees actually touched on the subject directly. Instead, they talked about how much progress Qingdao has made in terms of classical music education and the fact that there are already several hundred music lovers in the city.

However, the interviewees did express concern that audiences could find it difficult to understand the concert programme, to the extent that they may need to do some “homework” in advance. They were also worried that audiences may be ignorant about concert etiquette, such as knowing when to applaud.

Well, I think these concerns are total rubbish, and represent just the kind of elitism that keeps people away from classical music. Going to a concert should be enjoyable, not a burden, which won’t be the case if audiences are required to do “homework” and etiquette-training beforehand. 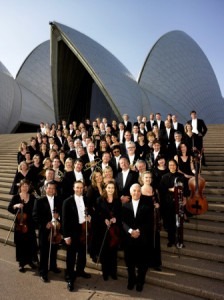 But what really interests me about this blog post is the question of whether a city like Qingdao is ready for world-class orchestras and conductors. I believe that any city ‒ regardless of whether the population is familiar with the conductor, understands the repertoire or knows not to applaud between the movements ‒ should stage concerts performed by top orchestras. In fact, local officials should ask themselves why the Sydney Symphony Orchestra is the only world-renowned orchestra that has visited Qingdao so far.

The difficulties that secondary cities face when trying to attract top orchestras are in direct contrast to the situation in big cities such as Beijing or Shanghai, where prestigious halls have the money to buy the best orchestras, conductors and soloists, and can effectively buy their status as top venues. But is this the only way to attract audiences? I always find it ridiculous when venues turn down orchestras purely because they are not famous enough, as if only concerts by world-class orchestras and conductors are worth presenting.

This attitude results in tickets prices going up, as orchestras charge more due to the increase in market demand. The result is that concert halls become the preserve of the rich, to the extent that top orchestras and their conductors become exotic beasts, in my opinion, watched by wealthy people posing as culture-lovers.

Judging a city’s worthiness to host a particular orchestra based on how much of the population knows the conductor is misguided. The truth is that all cities are essentially the same. Perhaps more people in Shanghai, Guangzhou and Beijing know of the Sydney Symphony Orchestra and Ashkenazy, but there are many more conductors that they don’t know. And anyway, even if audiences know these names, does that make the music more enjoyable? No, what makes a concert great is music performed by devoted musicians, and an audience that is allowed to simply listen and enjoy. 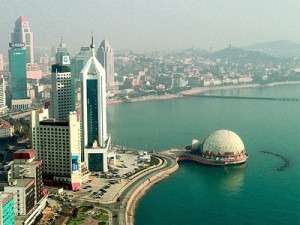 The real issue here is that secondary cities don’t have enough funding to attract renowned international orchestras, or even good local orchestras, whilst the big cities only invite big- name orchestras because they rely on large box office takings in order to support themselves, and establish and maintain their reputations.

So my answer to my original question is that every city is ready to host big western orchestras and conductors, but a programme should not be planned on this basis. If venues diverted some of the vast amounts of money currently spent on top orchestras to give our local orchestras a chance instead, and if the government gave more funding to educate and train local musicians, I am sure that, one day, the topic of discussion would be about the concert itself, rather than how many people know the conductor’s name.

As an interesting aside, the Qingdao presenters made posters for the concert, on which the Sydney Symphony Orchestra and Ashkenazy were marked as “the world’s most prestigious orchestra and conductor ever to come to Qingdao”. The orchestra was obviously very keen to make that point, but the presenters didn’t give in to them for some reason. And as a Chinese music lover, I am on their side.