Composers Inspiration
The Devils Did It – II
by Maureen Buja March 18th, 2017 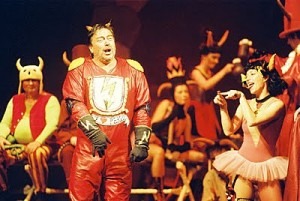 After we’ve gotten Faust sorted with his devil problems, all sorts of other operas have them as well. In Dvořák’s opera Čert a Káča (Kate and the Devil), we open at a village dance. Jirka has to return to work and Kate, who wants to dance with him, vows to dance with the devil instead. Obligingly Marbuel turns up, they dance, and then disappear into the ground. In Act 2, it turns out that the devil was supposed to have captured the Princess, not Kate; Jirka turns up and suggests to the devil that Kate might be bought off and they dance out of Hell together. The Princess now begs Jirka to help her avoid being taken to Hell. They concoct a plan to save her by freeing the serfs and then having Kate confront the devil who has come to get the Princess. All ends in a banquet. 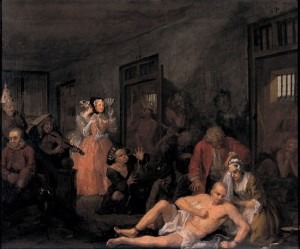 Bedřich Smetana turned a serious scenario about the conflicts between the Church and the Devil into his rom-com opera Čertova stěna (The Devil’s Wall), based on an old Czech legend about the Devil preventing the building of a monastery by damming up the Vltava River. Little of the opera has been recorded, but baritones have taken up this love song by the character Vok.

Smetana: Čertova stěna: Jen Jediana (Mariusz Kwiecien, – Vok; Polish Radio Symphony Orchestra, Warsaw; Łukasz Borowicz, cond.)
Giacomo Meyerbeer’s Robert le diable (Robert the Devil) started the whole idea of grand opera: a melodramatic plot, the leading singers of the day, and, above all, sensational stage effects. Robert’s mother is supposed to have married a devil, hence the son’s name. After an inordinately complicated story, Robert marries his sweetheart at the end, having discovered in the meantime that his best friend, Bertram, is actually his devilish father.

At the end, Bertram is trying to get Robert to sign a document that will damn him for eternity. He fails and returns whence he came while Robert marries Alice. 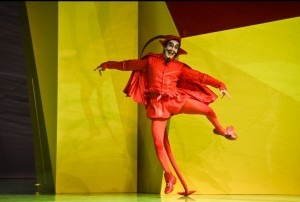 Igor Stravinsky took up the devil when he wrote the little traveling work Histoire du Soldat, but his opera with the devil is The Rake’s Progress, based on the eight paintings of the same name by William Hogarth.

Stravinsky’s devil, named Nick Shadow, beguiles Tom Rakewell, who squanders his family money as he seeks to rise in society. Anne Truelove, Tom’s lover who has been cast aside, saves him from losing his soul to Nick, who sinks through the ground whence he came, condemning Tom to eternal madness, and he dies in Bedlam.

Stravinsky: The Rake’s Progress: Act III Scene 2: I burn, I burn! I freeze! (Shadow) (Bryn Terfel, Nick Shadow; London Symphony Orchestra; John Eliot Gardiner, cond.)
We’ll close with one last devil opera, although it certainly isn’t the end of devil in opera!. Carl Maria von Weber’s opera Der Freischütz (The Marksman), made its reputation on the Wolf’s Glen scene. This forms the core of the second act. Our hero, Max, has gone off with Casper to cast some magic bullets to guarantee his win in the morning. Little does Max know that Casper has other plans: the bullets will hit anything the shooter wants, but what Casper wants is for Max to shoot Agathe, his fiancée, otherwise Casper’s soul will be taken by the Devil. Agathe’s bridal wreath deflects the bullet and Caspar loses as Max agrees to be a hermit for a year to earn back an Agathe’s love.

The Wolf’s Glen scene starts with a summoning of the devil Samiel and ends with the casting of the seven magic bullets. The violins provide a suitable commentary on it all.

Charlie Daniels Band: The Devil Went Down to Georgia, 1979