Composers Inspiration
The Devils Did It – I
by Maureen Buja March 11th, 2017 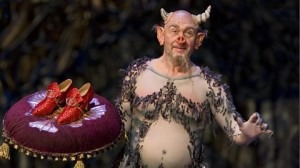 Maxim Mikhailov as The Devil in the Royal Opera House production of Cherevichki, 2009.

If it’s not the jealous lover in opera, it’s the devil causing havoc. In many operas, the devil has a leading role and it’s usually up to our heroine (sometimes the hero) to making things right again.

In Tchaikovsky’s opera Cherevichki (The Tsarina’s Slippers), the hero is sent on an impossible mission by his beloved: bring me the Tsarina’s slippers. With the aid of the Devil, who has gotten caught after a number of mishaps, Vakula is whisked off to St. Petersburg, succeeds in his mission and brings in the slippers in triumph to Oxana who tells him, of course, that she wants him, not the slippers. 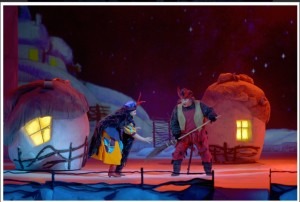 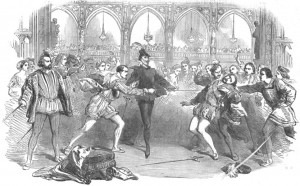 Faust duels with Count Hugo as Mephisto looks on in an 1852 production at the Royal Italian Opera in London.

The character of Faust and his fight with the devil Mefistopheles shows up in a number of pieces of music: Liszt’s Mephisto Waltz, Berlioz’ La damnation de Faust, and operas such as Louis Spohr’s Faust of 1813. Although the opera started off as a singspiel, with spoken dialogues, it was updated to be a grand opera by 1816, with recitatives replacing the dialogues. Faust is in love with 2 women, Röschen and Kunigunde. He makes a deal with the Devil and Kunigunde is given a love potion at her wedding to Count Hugo. Hugo is suitably outraged at the attention his bride is showing for Faust and challenges him to a duel. Hugo is killed, Faust flees, Röschen drowns herself before Mefistofeles drags Faust down to hell. 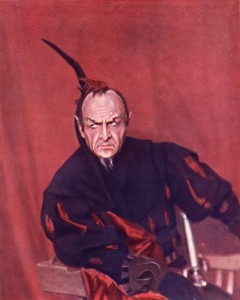 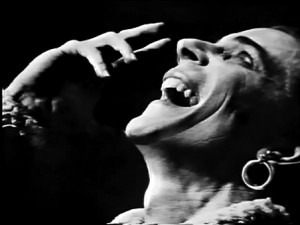 Arrigho Boito took up the story in his 1868 opera Mefistofele. It was a disaster at its première and withdrawn after only two performances. It was revised and went onto be a success.

Boito: Mefistofele: Prologue: Ave, Signor (Mefistofele) (Norman Treigle, Mefisofele; London Symphony Orchestra; Julius Rudel, cond.)
In the 20th century, Russian composer Alfred Schnittke took the original story from 1587 as the basis for his 1995 Historia von D. Johann Fausten, the most famous scene of which is the tango as sung by the Devil on the death of Faust in the third act. We can hear it in the Faust Cantata that preceded the opera – there is no recording of the opera.

Next: The Devils Did It – II