In Tune Society
The dangers of having a (critical) mind!
by Georg Predota January 28th, 2015 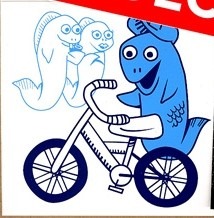 Aren’t you just sick and tired of lazy and unimaginative programming justified by the eternal excuse, “I am just giving my audience what they want to hear!”

Generally, this refers to some kind of museum programming exclusively featuring music by dead white guys, with or without beard! I am first in line defending the inclusion of the great masterworks of classical music, but I have about as much in common with the aesthetics of Mozart and Haydn as a fish riding a bicycle. And if such patronizing and disingenuous announcements were true, concert halls, opera houses and festival venues would be turning paying customers away. But that clearly isn’t the case, is it! But what really bothers me is the arrogant assumption that the mainstream concert going public supposedly favors unimaginative and bland reproductions over genuine inspiration and present-day reflection. But you better not say anything like that out loud, otherwise you’re going to be treated like a subversive and banned!

It just happened to Harriet Cunningham of the Sydney Morning Herald and Diana Simmonds of Stage Noise who dared to question another year of great blandness and boredom at the Sydney Opera. “The announcement of Sydney’s 2015 main stage program reveals 11 shows more limited in repertoire, more traditional in style and more narrow in their appeal than I have seen for years. Puccini, Verdi, Mozart. More Puccini. More Verdi. Oops, I forgot, Gounod and Cole Porter. Nothing German. Nothing Russian. Nothing [contemporary] American and, heaven forbid, nothing Australian.”

Management reaction was swift and decisive. “We are offended by your article earlier this week. I’m afraid we’re not able to offer you any further comp tickets, and you will be removed from the media list.” 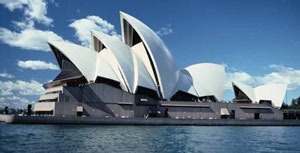 Regrettably, that kind of mindless response is also becoming rather common practice. Dividing the world into good and evil does not work politically, and it certainly does not work in the world of arts. Music and Arts criticism, especially if it comes from knowledgeable and recognized experts living as part of a given community, is part of the dialectic process that allows these highest and most personal forms of human creativity and expression to remain relevant in a constantly evolving and changing environment. Replacing real insight and dialogue with meaningless PR and social media banter will guarantee empty opera houses, symphony halls and festival venues for decades to come.