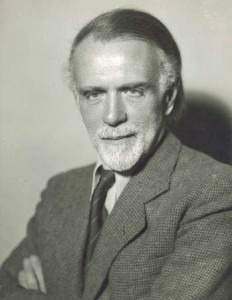 In 1933, to celebrate both the 80th anniversary of the Budapest Philharmonic Society and his memories of life in a remote town, Zoltán Kodály (1882-1967) wrote the Dances of Galánta. The town of Galánta is located about 50 km to the east of Bratislava and has been, over the centuries, part of Hungary, was under the rule of the Eszterházy family from 1421 to 1613, became part of Czechoslovakia in 1918 with the breakup of the Austro-Hungarian empire, went back to being part of Hungary before and during WWII, returned to Czechoslovakia, and is now part of Slovakia.

Kodály lived there for about 7 years as a child and his score is audibly influenced by the gypsy bands in the area. The work is very much a symphonic poem on the sounds of the area, with the ritornello that returns over and over again in this rondo-form piece being sounded by the clarinet at the beginning and end of the work.

The piece is built around the verbunkos. The verbunkos was originally a Hungarian dance and was so widely used it became a genre in and of itself. A typical verbunkos has two sections, the first slow with a characteristic dotted rhythm and the second fast with virtuosic running passages and both sections are heard in this work. Although thought to be a Hungarian recruiting dance, there may be older associations with folk and gypsy music from Hungary.

Kodály noted that many of the musical themes in this work came from a book of Hungarian dances that had been published around 1800 in Vienna that itself took the music of the gypsies from around Galánta as its source. Galánta, at the time of Kodály’s residence as a child, was home to a famous gypsy band and it is that sound that influences this work.

Kodáky: Dances of Galánta (Seattle Symphony Orchestra; Gerard Schwarz, cond.)
We start slowly and majestically, with the lower strings before the upper strings, almost like the wind, blow through. It is the clarinet, though, who pins the piece down, starting with its solo at 01:40. We will experience long syncopated sections, abrupt alterations of tempo and even of the character of the piece, and yet what Kodály has done is to translate the countryside sound of the gypsy band into a brilliant and sophisticated orchestral work. The piece sweeps us away with its rush towards the end, only to stop for one more lingering melody from the clarinet, before even that is brushed aside for the final orchestral blitz.

Kodály saw the Dances of Galánta as a pair with an earlier set of dances, the Dances of Marosszék, which started as a group of piano pieces in 1927 before it was orchestrated in 1930. The themes for the Marosszék dances came from Kodály’s own work collecting the folk music of Transylvania.