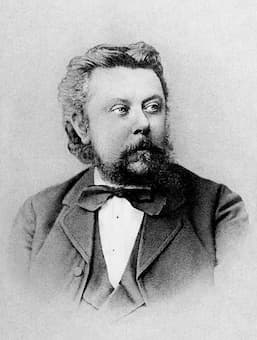 When many composers do songs about death, it’s death as an abstract concept. In Mussorgsky’s Song and Dances of Death, however, Death (capital D) is an active character. He rocks babies, he sings to children, he gets drunk men to dance, and in the end, commands armies. 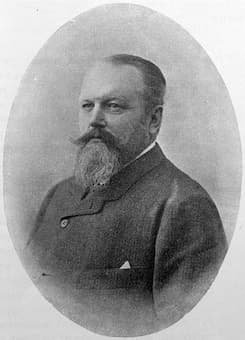 In a 19th century sense, all of the activities of Death were commonplace. Babies and children die, drunk men die, and soldiers die. The poet, Arseny Golenishchev-Kutuzov, was a favourite of Mussorgsky, who set more than 20 of his texts, including his two song cycles: Sunless and Songs and Dances of Death.

The first song of the cycle, Lullaby, starts in the middle of the night. The child is sick, the candle has blown out, the sleepless mother sits, rocking the cradle. Death knocks on the door and tells the mother to take a nap and he’ll sing to the child. The mother has a choice between the sick child or the peaceful sleep for the child that Death offers. But in the end, there really isn’t a choice. The child falls asleep to Death’s quiet singing…forever.


Death serenades a sick girl. He’s her dreamed-for mysterious knight with magical powers. He restores her beauty: rosy face, lovely hair in a plait, beautiful blue eyes. He declares she has seduced him, and he sings her a song that she cannot escape. The sick girl suffocates in Death’s strong embrace and is his…forever.


Deep in the forest, in the middle of a snowstorm, Death is dancing a trepak with a drunken man. She entices him with promises of warming him with snow, and, finally bedding him, covers him in snow like a shroud. She tells him to sleep and dream of summer and so he sleeps…forever.


In the middle of the battle, with shining armour, Death appears on her horse as the Field Marshal, the white of her bones shining, and declares: “The battle is finished! I won over everyone!…” She promises that it will be sweet to rest their weary bones in the ground and, although everyone will forget them, she will always hold a feast for them, trampling down the ground so that they will never rise again…forever.


As reflection of daily mortality, Golenishchev-Kutuzov’s poems and Mussorgsky’s songs catch humans in all stages of life: infancy, youth, adult, and old man. Death is a man, whispering enticing words to the weary mother and the dying girl, and is a woman, dancing with the old man and dancing over the bones of the soldiers. Mussorgsky’s settings match the texts, with the piano as the other actor: dark night in the first song and the confused field of battle in the last song. The encounters with Death are always fatal, but Death always promises the dreams to the dying, as a last comfort.

The songs were also arranged for orchestral accompaniment by Dmitry Shostakovich and offer an interesting reflection on the songs, particularly of the last one, where the orchestra is more able to summon up the battlefield, particularly with the use of percussion.