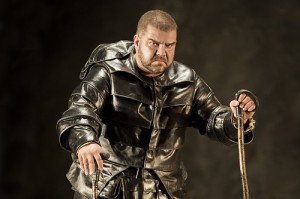 For many reasons this was an odd night at the Royal Opera House. For one, this was the sickest audience I’ve ever encountered. The coughing in the auditorium was so intense, it took on cacophonic dimensions during the scene changes.

The singers weren’t spared the winter coughs either. Lucy Crowe, as Gilda, was clearly battling a cough, yet deftly catapulted her distinctly strong soprano, even up to stunningly light trills and pianissimi. Michael Fabiano, in enthusiastic form as a particularly reckless and dastardly Duke of Mantua, also appeared to be concealing an occasional cough, but let nothing get in the way of his lovely legato. Dimitri Platanias, in the title role, was the only protagonist who showed not a scintilla of vocal fatigue or cough, and powered through until the opera’s heart-wrenching and bitter finale.

Whipped up by Alexander Joel’s strident orchestra, Platanias bellowed the concluding “maledizione” of the opera, certainly positioning himself for a wall of applause. But after the final drum roll and before a single clap could be made, the houselights were abruptly powered up. A loud recording announced that fire had been detected in the theatre and everyone must immediately evacuate. A stage manager with an authority-imbuing clipboard rushed on stage to announce in a strict voice that the audience must immediately but calmly leave the theatre, sans overcoats. She soon disappeared behind the rapidly descending fire curtain. Hundreds of ushers and attendants appearing from nowhere politely but unmistakably shepherded out the audience. Dazed and confused opera goers in their evening’s finest and most diaphanous, were disgorged into the freezing and windy backstreet, with the sirens of ambulances and police cars on one side, and drunken Christmas party revelers on the other. 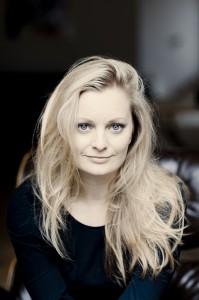 Into this melee, the stage door flung open and spewed out the hundreds of musicians, stage hands and chorus members, as well as all the principals still dressed in their costumes. Platanias mumbled something about “what a reception”, as well wishers started applauding and celebrating him in the crowded streets. Walkie-talkie armed security staff tried to herd the singers around the building to a safe house. Michael Fabiano, hard to miss in his light green pumpkin-hosed Renaissance Mantua garb, strode through the tourist-ridden Covent Garden Square like a pied piper, followed and fêted by adoring and selfie-hugging fans. I have it on good authority, though the freezing winds kept me from witnessing it myself, that Fabiano soon hooked up with a surprised busking guitarist to deliver an impromptu “Oh holy night”.

The staff of the Royal Opera House must be commended for their professional and calm handling of what turned out to be a false alarm bomb scare.

The performers must have felt frustratingly unrewarded after an enthusiastic performance. Platanias in particular, who first performed the role in this production in 2012, has further burnished his warm and quintessentially Verdian baritone, claiming a position as one of today’s very finest Rigolettos. His smooth voice blended beautifully, in particular with Andrea Mastroni’s rapturous basso profondo Sparafucile. Noteworthy also were Darren Jeffrey’s Monterone and Dominic Sedgwick’s Marullo. Orchestra and chorus were in fine form.