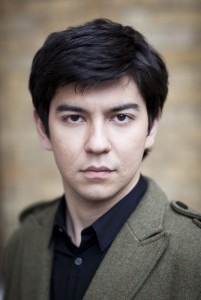 The young Behzod Abduraimov (b. 1990) has rocketed to music’s top ranks. He released his debut recital CD in 2012 (Decca Classics) and has been working with the leading orchestras of the world, including the Royal Philharmonic, the Accademia Nazionale di Santa Cecilia, and the Boston Symphony orchestras. He recently appeared in China at the Guangzhou Opera House with the London Philharmonic Orchestra at the end of December 2014 before going concerts with the LPO in Shanghai, Beijing, and then to Hong Kong with the Hong Kong Philharmonic in early January 2015.

Interlude caught up with Mr. Abduraimov in Guangzhou and we asked him about touring China and his different experiences. He told us that his first tour of China had been in 2009 which he performed with the Sydney SO under Vladimir Ashkenazy. One thing that impressed him from the first was the appreciative Chinese audiences and, in a comparison with the West, the surprising number of young people. He found the audience reactions extremely warm and used his encores as a way of showing his appreciation for them.

Mr. Abduraimov’s current tour of China with the LPO is under the direction of Maestro Vassily Sinaisky. Mr. Abduraimov indicated that working with the LPO was particularly rewarding for him as a soloist because of the orchestra’s flexibility and its ability to react immediately to his nuances. Their musical mastery cannot be understated.

Mr. Abduraimov’s repertoire for his China tour will include the Chopin Piano Concerto No. 2; he had spent the fall playing Chopin’s smaller works. We asked him about spending time with the Ballades and then the Piano Concerto and his thoughts on Chopin both as a composer for the piano and the orchestra. He felt great joy in his time with Chopin’s Ballades, considering them some of the most challenging pieces in the standard repertoire. Through his work on the Ballades, he felt that he had gained a greater understanding of Chopin and was able to play the works with more nuance. This, in turn, was driving his interpretation of the Piano Concerto into greater expressions of the lyricism, dramatic character and, ultimately, the tragedy of the work. He noted, with some amusement, that although Chopin was writing for the orchestra in the Piano Concerto, his approach was to use it more as an accompaniment to the piano. 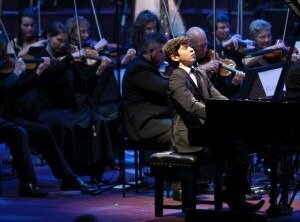 In his Hong Kong appearance in mid-January, Mr. Abduraimov will be performing Rachmaninoff’s Third Piano Concerto with the Hong Kong Philharmonic. When we asked him about the different approach to the concerto by Rachmaninoff, he contrasted Chopin’s pianistic approach with the much larger scale of the one by Rachmaninoff. He found that Rachmaninoff’s music is very symphonic and he described the Piano Concerto as if it were as though the two instruments, the orchestra and the piano, were blended together to create a new kind of symphony.

Over the next few months, he will be touring the US with the Mariinsky Orchestra and Prokofiev’s Piano Concerto No. 3 before a solo recital at Carnegie Hall in February and another in Paris in May. Upcoming European appearances include concerts in Helsinki, Tampere, Istanbul, Madrid, and Copenhagen. When he’s not touring or recording, he spends time with his friends and always tries to find time for reading.

Behzod Abduraimov will be performing with the HKPhil on January 9th and 10th 2015.