Composers Anecdotes
The Many Kinds of Winter
by Maureen Buja January 3rd, 2015 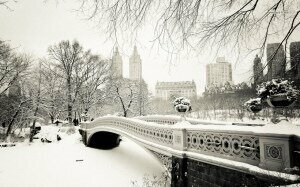 Winter – Spring – Summer – Fall: It’s not only Vivaldi who has his four seasons; other composers took up the idea. In Argentina, we find Astor Piazzolla applying the idea to Buenos Aires in a set of tangos. Collectively called the Cuatro Estaciones Porteñas, these four compositions, originally written separately between 1965 and 1970, are often performed together as a suite. The word ‘porteñas’ refers to people born in Buenos Aires, hence the English title of The Four Seasons of Buenos Aires.

There’s no Vivaldi quoted in Piazzolla’s work, but in the late 1990s, a new arrangement of the bandoneón ensemble pieces were made by Russian composer Leonid Desyatnikov. Following Vivaldi’s model of the works as violin concerts, Desyatnikov arranged the work for violin solo and string orchestra and inserted bits of Vivaldi into Piazzolla. If you’re expected pure Piazzolla, it can be quite a surprise when a bit of the 17th century creeps in!

Piazzolla: Las 4 Estaciones Portenas (The 4 Seasons of Buenos Aires) II. Verano Porteno (Summer) (arr. L. Desyatnikov for violin and strings)
If you’re familiar with the Vivaldi original, you’ll hear a bit of Vivaldi creep in, such as 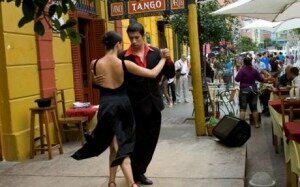 Vivaldi: The 4 Seasons: Violin Concerto in F Minor, Op. 8, No. 4, RV 297, “L’inverno” (Winter): I. Allegro non molto
II. Largo (Lara St. John, – violin; Simon Bolivar Youth Orchestra of Venezuela; Eduado Marturet, cond.)
Now, you will have noted that in Desyatnikov’s version, Piazzolla’s Winter quotes Vivaldi’s Summer. That would be, of course, because of the inversion of the seasons between the northern and southern hemispheres.

Other composers took up the idea of The Seasons and here are a sample of other winter sounds.