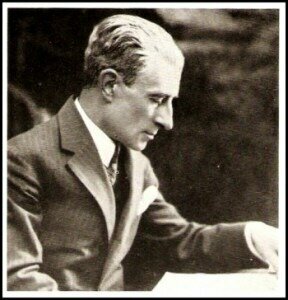 Among the compositions by Maurice Ravel that are highly regarded in the piano repertoire is the suite Gaspard de la Nuit. It is based on three poems by Aloysius Bertrand and is known for its technical difficulties. In this article, the time signature in ‘Ondine’, the first of three parts in this suite, will be discussed.

Maurice Ravel:Gaspard de la Nuit – I. Ondine (Arturo Benedetti Michelangeli)
Music pedagogues typically stress the effortlessness required to render the undulating effects created by the fiendish repeated triads and demi-semi-quaver passages, the lyricism of the leading melody, and the continuous and minute colour variations conveyed by the harmonic and dynamic procession. However, few seem to emphasise the unusual metering in relation to the poetry of the music: throughout the piece, there are some logic and patterns in the meter modulation, which is an element of programme music based on poems that deserves attention.

Metering in ‘Ondine’ can be compared to lines within a stanza in poetry. Similar to starting a new line for feet (a foot in poetry is the basic metrical unit) in lyric poems, Ravel’s ‘Ondine’ appears to have used meter modulation for separating short motifs that are independent of musical phrasing. Such meterings convey the characters of the subject to the performer in a way that is finer than and independent of phrasing, somewhat like how line structure (versus punctuation) in lyric poems conveys that additional mood to the reader which may or may not be obvious to the listener. It can be argued that such nuances are not necessarily required to be communicated to the audience directly, but only indirectly via the reader/performer. On these occasions, tempo markings or phrasing changes in music would likely not be subtle enough to convey that inner feeling whose delicate complexity would easily be destroyed by an overt expression. Therefore, meter modulation in compositions based on a poem, especially those whose sense of the beat is weak and whose structure is dominated instead by phrasing, can be quite different from that in folk music: the time signature change may relate to rhythmic structure and may not even be supposed to be felt literally. 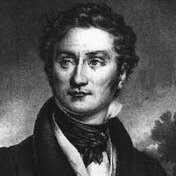 Elsewhere, directional metering changes accompanied by melodic or harmonic progression could subtly induce a different pacing without inflicting tempo changes. Examples in ‘Ondine’ include the few bars of Phrygian/Locrian mode ahead of the buildup (bars 53-55) and the synthetic scales in the buildup (bars 58-60, 60-61). There, the shortening meter modulations provide an effect almost suggestive of shorter and shorter gasps of breath due to growing excitement. The effect here reminds one of Emily Dickinson’s use of dashes in her famous poem ‘Happy Letter!’ to convey a sense of rush and longing. The punctuation would not be enunciated in reciting (except, maybe, Victor Borge!), but it is clearly there for a reason.

Is this an over interpretation of ‘Ondine’, and should we care? The fact that Ravel himself or his students did not seem to have expounded on this compositional feature does not diminish the necessity or value to analyse this piece further than the composer did, in the same way that the time Ravel’s students took to learn the piece from the composer should not be a benchmark or limit of the amount of time modern day pianists should spend on perfecting its interpretation1. If paying attention to the time signature change can help enrich the appreciation of these poetic music, pourquoi pas?

Note 1: Ravel completed the suite on the 2nd of September 1908 and his friend Ricardo Vines, who premiered the piece, only received the first proof on the 27th of October 1908. The premiere of this classic was merely nine and a half weeks later on the 9th of January 1909.