Blog
Composing 2.0
The Purpose of Computers in the World of Creative Music
by Doug Thomas September 15th, 2021 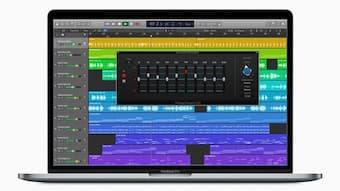 Throughout the history of music, there have been a couple of events and inventions that have revolutionised both how music was created and how it was experienced. The invention of musical notation, the keyboard and later the piano, the development of the orchestra, and later, the recording studio, the radio, the record and the television. One of the most recent inventions and one of the most important is the computer. Quite truly, this technological leap has been the source of enormous progress in many fields of arts and industries. In the music world, the computer represents an important source of both creation and production, as well as an experience and receptive support.

Whether it is the field of avant-garde music — and all its derivatives — or the one of popular music — the invention of the synthesiser changed the musical landscape forever —, the arrival of the computer has had such an impact that it is quite impossible to imagine creating, educating and listening without it. 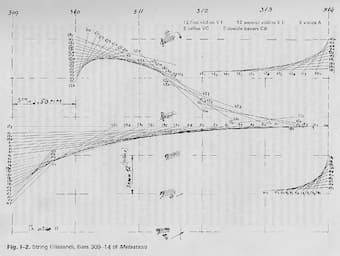 When it comes to composers themselves, many have embraced the computer and developed from it, with great success.

A couple of names which pop to the mind when it comes to music created and assisted by computer technologies… Of course, the works of Xenakis and Koenig are unavoidable; both, fascinated by science and mathematics, used computers to either generate sounds – and in the case of Xenakis even the score — or produce algorithmic composition programs following serial composition practices and ideas.


Music concrète, invented by Schaeffer, and which includes the works of composers such as Henry, Ferrari, Boulez, Stockhausen, Varèse, and Xenakis, first started as an extension of experimentations in the recording studio, mostly through tape recorders. However, as the computer developed, the genre started embracing its possibilities, including the synth and digital signal processing.

Another interesting approach to music creation assisted by computers is spectral music. This branch of contemporary classical music explores the representation and mathematical analysis of sound spectra. With spectral music, the focus is a lot more on timbre and frequencies – the science of music – rather than harmony or rhythm.

David Cope, both a composer and scientist, is the inventor of an US patent for Recombinant Music Composition Algorithm and Method of Using the Same and through his EMI (Experiments in Musical Intelligence) software, Cope has developed and produced works in the style of past composers. 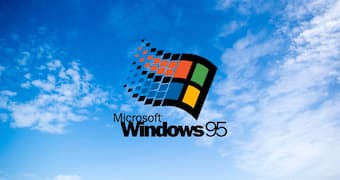 Brian Eno, who is well-known for breeding progress in contemporary classical and popular music, has embraced possibilities of computer technologies early in his career. Not only is he known for having defined the Microsoft sound — via composing the music for the Windows 95 project —, but he is also behind the development of generative music — an evolution of Cage’s i-Ching principles —, including in the early 2000s the development of an iPad app entitled Bloom. 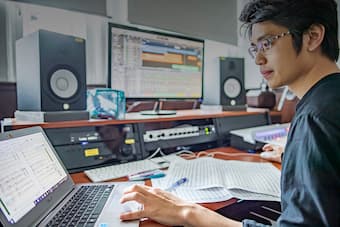 Nowadays, the computer is the main creative tool for the film composer. In fact, most of the work and often the final work — for low to medium budgeted scores — is done solely on the computer, and recorded through virtual instruments. The technology has improved so well that the ear is often misled into thinking that the instruments are real. On the positive side, this progress has allowed composers to create and record music without limits; on the downside, it seems that slowly human beings and musicians are replaced by virtual intelligence – a lot more convenient for budget purposes.

Nowadays, computers have become an essential part of the musician’s creative process. All genres and styles mixed, it is a very helpful tool for creation, exploration, production, and edition. While it has its own flaws, and cannot replace the experience of real life, it allows for the artist to create in a diversity of environments and has opened doors to the lambda musician who lacks the tools of the professional. Computers and electronics are shaping the music of the 21st century and have provided not only an alternative, but a very powerful additional tool and musical instrument with almost endless possibilities.

In the creative world of music, computers have two purposes; as productive tools — facilitating the work of musicians, allowing them to create quickly and swiftly. from notating to developing ideas and producing recordings — and as a creative tool — opening new possibilities and expanding creative techniques, and even acting as musical instruments. It is perhaps since the invention of the piano, the most important technical development for the musician. Its reach is limitless and it seems that technologies and art together are only at its beginning. One can only wonder where this technological step will lead composers and performers, and opens the debate of whether it has actually improved creativity or, contradictory, is on its way to become an inhibitor to creative progress.