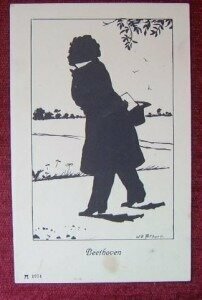 Starting in the 18th century and continuing through the 20th century, the silhouette became the artistic rage. Typically, a silhouette is the image of a person (or something else) as a solid shape in black, presented against a white (or light coloured) background. There are no internal details on the shape except for the edges, where the subject’s profile, hair and other edges are given in detail.

If you couldn’t afford a color portrait of your subject, you could buy a silhouette and skilled silhouette artists could cut them from paper in a matter of minutes. At first, silhouettes were merely headshots – and then artists began to get more creative in showing their subjects in action and silhouettes quickly became more interesting and less static.

Here are a few samples: 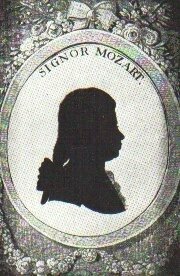 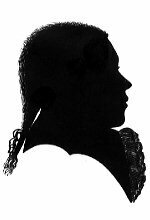 Beethoven as a child 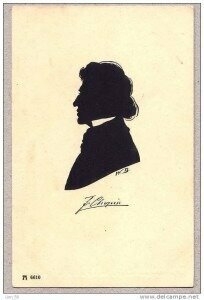 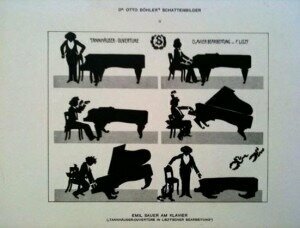 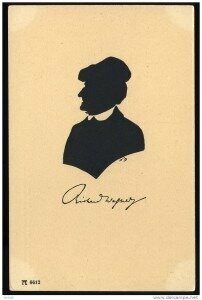 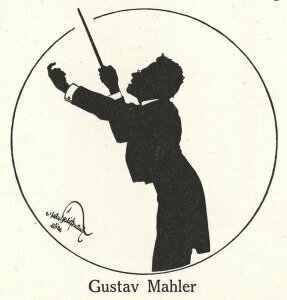 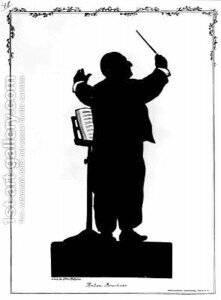 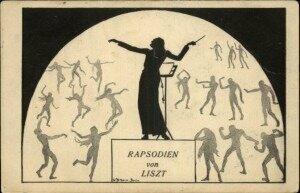 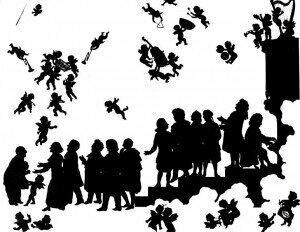 And, finally, a silhouette that is definetly from the imagination of the artist: “Anton Bruckner arrives in Heaven”. Bruckner is greeted by (from left to right): Liszt, Wagner, Schubert, Schumann, Weber, Mozart, Beethoven, Gluck, Haydn, Handel, Bach. (Silhouette drawing by Otto Böhler))