Artists Behind the scenes
The Chirogymnast
by Georg Predota June 27th, 2018 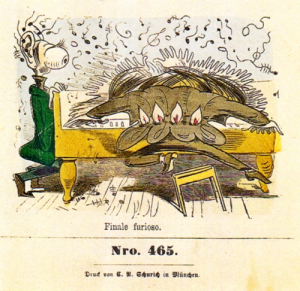 The importance attached to virtuosity at the beginning of the 19th century is evidenced by the publication of an enormous number of new methods for piano. The great majority was directed towards the acquisition of practical and technical perfection in performance. Carl Czerny made a good living churning out his famous Klavierschule, and the revised methods of Pleyel and Dussek placed even greater emphasis on the acquisition of exceptional technical skills. 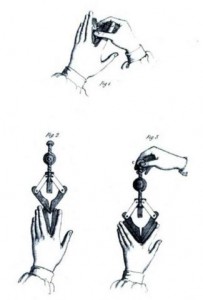 Yet frequently, practicing was not enough! So let me introduce you to another device from the musical torture chambers of the 19th century. This one is called the Chirogymnast, and the French piano maker Casimir Martin invented it in 1840. Looking for celebrity endorsements, Martin mailed his device to a number of famous pianists. Ignaz Moscheles wrote in a letter to Martin from London on 25 October 1842. “I have studied the “Chirogymnast” with great interest, and endorse this method for strengthening and spread of the fingers, which is demanded by the modern school of piano playing.” 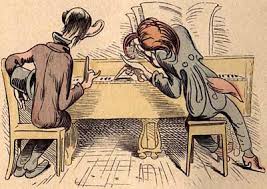 The invention of the Chirogymnast was rapidly spread via paid articles in musical journals. The Musical World reports, “The Chirogymnast, an apparatus…has been recently invented for the purpose of training the hands and fingers of the learners on the pianoforte, so as to give them greater command of the keys, and to render the fingers more independent of each other. The apparatus, though fitted on a small portable frame, consists of several parts, by means of which the joints of the hand may be gradually relaxed, and each finger obtain a free play both perpendicularly and horizontally, so as to stretch farther apart or rise higher with great facility…Other advantages of the Chirogymnast are that by its means the mere manipulations of the pianoforte, which usually require such long practice to become familiar with, are acquired in a much shorter time, without noise and without injury to the instrument.” 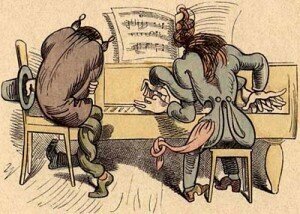 I suppose, they never really spoke about the injuries caused to the hand of numerous unfortunate pianists. Chopin, for one, was outspokenly hostile to these artificial devices, and “recommended his pupils to make use of their own intelligence in practicing.”