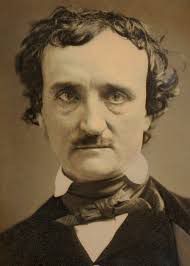 Reading American literature during my student days in Europe was a rather thankless and boring task. I simply had no connection to the naïve optimism of the American frontier mentality or the preachy virtues of the Puritan legacy. For me, the rhetorical majesty of Emerson was infinitely better expressed in Russian novels, and the allegorical tales of Melville failed to make an impact. But then, there were the short stories of Edgar Allan Poe! It was like E.T.A. Hoffmann on steroids! Here was a writer penetratingly interested in the human mind. Poe’s neurotic characters and haunting settings take us into the psychological realm, a subject subsequently explored by Sigmund Freud, and the Symbolist and Surrealist movements in the arts. And let’s not forget the influence Poe had on his European literary contemporaries. However, Poe’s influence emerged most forcefully in music, as European composers looked at his mix of the supernatural and symbolic as a source of musical dramatization. It seems that this musical fascination with Poe was almost exclusively within the prominence of French and Russian composers. Leon Botstein writes, “Their sense of affinity between Poe’s writings and music perhaps rests in the amorphous, abstract, yet psychologically powerful qualities of Poe’s dramatic illustrations, which seem to resemble the qualities of music itself.” 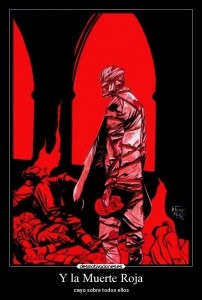 We know that Claude Debussy worked on an opera based on Poe’s short story, “The Fall of the House of Usher” between 1908 and 1918. Regrettably, he did not manage to finish the work. And when the young cello student Maria Danilova sent Sergei Rachmaninoff a copy of Poe’s poem “The Bells,” the composer responded with an extended symphonic poem including a large chorus. Yet, one of the most intriguing settings of Poe’s literary genius emerged in a work for harp and strings, the Conte fantastique by André Caplet. Caplet was a student at the Paris conservatoire between 1896 and 1901. He won the Prix de Rome with his cantata Myrrha—ahead of Mauric Ravel—and established a reputation as an outstanding orchestral conductor. Caplet became a close friend of Claude Debussy, and he collaborated on a number of orchestration project. Among them is his orchestral scoring of Debussy’s Children’s Corner and of Clair de lune, settings that are still widely performed today. After various appointments in Paris and Boston, Caplet volunteered for WW I in 1914, and was severely wounded by poison gas. He never fully recovered, and died in Paris at age 46. 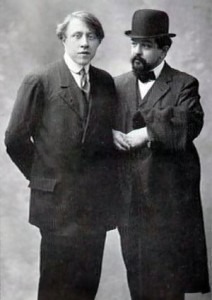 Begun as early as 1908, Caplet’s musical retelling of Poe’s The Masque of the Red Death was eventually published in 1924. The story tells of a terrible disease called the Red Death that has already killed half the loyal subjects of Prince Prospero. To protect himself and his close entourage, the Prince has welded shut the doors of his castle and throws a never-ending party. To pass the time, Prospero decides to put on a spectacular masquerade ball, with prizes for the most lavish costumes. The party is in full swing when the clock strikes midnight, and the frolickers fall silent. Suddenly, somebody notices a guest that no one has seen before. The new guest is dressed like a corpse who died of the Red Death. Everybody is suitably frightened, and Prince Prospero runs after the ghostly figure with a drawn dagger. But before he manages to reach the intruder, Prospero falls dead to the ground. The shocked partygoers now attempt to apprehend the masked figure, but discover that there is nothing underneath the mask and the costume. The Red Death itself has come to the party, and one by one the guests die a horrible death. Caplet’s setting started as a sketch for harp and orchestra, but he subsequently adapted it for strings and harp. To make sure that the connection to Poe was clearly understood, he provided a lengthy description of the music in the preface. The harp is used to express the dramatic horror, from the sound of the striking clock to the arrival of the Red Death. Full of glissandos and gloomy harmonics, the music effortlessly evokes the supernatural terror of Poe’ story.