In Tune Society
The Changing Face of Commissioning
by William Cole December 20th, 2014 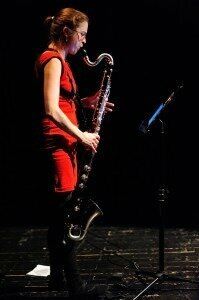 It’s easy to forget that the creation of a new piece usually involves a substantial amount of money changing hands to ensure that the composer is paid fairly. Trusts and foundations, organisations such as the BBC, or private donations have usually footed this bill. But, faced with dwindling funding opportunities, various organisations have in recent years found a new way of raising commission fees, receiving from their own audiences small amounts that together add up to those sums required to bring a new work into existence.

One of the first examples of this is the Birmingham Contemporary Music Group’s ‘Sound Investment’ scheme, begun in 1992, which sees individuals purchase ‘Sound Units’ of £150 that together fund a new commission. Remarkably, it has so far raised funds for over 75 new pieces, including works by Sir Harrison Birtwistle, Thomas Adès and Colin Matthews. For Development Co-ordinator Alex Wright the benefits are clear. ‘Sound Investors take ownership of these new pieces for the future’, he says, ‘and become advocates for BCMG’s work and for the Sound Investment scheme’. The organization reaps the benefits too. ‘We can commission further ahead with confidence’, he says, ‘increase our audience and create a supportive environment for our premieres’.

The Britten Sinfonia has recently followed suit through their Musically Gifted scheme, begun in April 2013. An important aspect of the scheme, says Development Director Will Harriss, is the low entry point for possible donations. ‘The distinctive aspect of Musically Gifted is that everyone who donates has their name in the score of their piece for ever. This used to be the preserve of the rich and therefore the few, but is now available for anyone willing to give £10 or more.’ This seems a remarkably low entry point. ‘Crowdfunding fills a gap in the donation marketplace,’ he explains. ‘If there is a problem in the traditional model, it is that there are often minimum gift sizes that deter potential donors. Our pilot campaign, A Tenner for a Tenor, had a single donation request of £10, and within a short time we had some 300 new donors. Many of them would have had many chances to support the orchestra, but they didn’t until we offered something they wanted to have a stake in at a price they could afford. Why has a minimum price point at a level that deters people from investing?’ 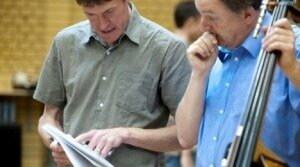 The latest individual to enter the crowdfunding arena is Canadian clarinettist Heather Roche, who has raised funds for a new composition competition. I asked Roche what difference the crowdfunding model had made to her plans. ‘The main difference is a certain amount of flexibility that it’ll give,’ she said. ‘I’ve always had problems with most competitions, and have been trying to work out a model for how they should be run.’ She has clear criteria: ‘there should be no entry fees, they should submit either existing work, a proposal for new work, or both, and the work should be judged by a panel of expert composers (and in my case, a few clarinettists)! Also, a fair prize should be awarded as a commission for the creation of a new work, rather than asking for a brand new never performed work just for a competition.’ Anything else? ‘I think collaboration should be a huge focus, and there should be at least one unique opportunity to have their work performed. Finally they should be guaranteed a quality recording of their work to use to help in their future careers.’

It seems that for both organisations and individuals crowdfunding has clear benefits. I asked Will Harriss whether it is a sustainable model. ‘Yes, I’d say it is,’ he replies. ‘It broadens the pool of donors, and recognises that different people like different music. Musically Gifted is now embedded within our fundraising model and I think that over the next 3 to 5 years the majority of our commissions will be funded this way.’ For an individual like Roche, though, the effort involved makes it difficult to sustain. ‘There are a lot of things I didn’t realise about how difficult the crowd funding process is,’ she admitted. ‘This has been a real labour of love, and I’ll be glad when I can move on to the more creative aspects of setting up the competition. After this experience, I hope I can find a more secure way to fund these kinds of opportunities. I’m already pondering how to do that in 2017!’

In Britain, where support from the Arts Council and other major foundations is highly competitive, creative fundraising strategies have become essential. Crowdfunding is clearly one of the most durable, and as well as raising funds it seems to offer ensembles and soloists a powerful and sustainable new way to engage with audiences.