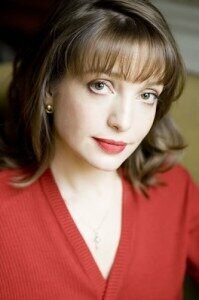 I can empathise with Roxanna Panufnik. She, too, is a morning person. ‘Anything difficult that I have to do I schedule for Monday morning; it’s when I’m at my complete and utter freshest!’ I catch her after a stint of morning composition, busy working on a piece for choir, and it is in her capacity as a choral composer that many people came to know Roxanna’s music.

Roxanna’s first composition teacher was Jonathan Willcocks, a man himself steeped in the choral tradition after holding a choral scholarship himself at Trinity College, Cambridge. Her well-deserved reputation as one of Britain’s most-loved choral composers is in no small part attributed to this earlier influence in her life, during her time at Bedales School in Hampshire.

‘I absolutely loved singing in choirs at school. We had the most fantastic choir and chamber choir, and our director of music, Jonathan Willcocks, was amazing. I owe a huge amount of what I do now to him.

‘I find purely instrumental pieces a lot more daunting to start, because when you have pieces with words to set, the structure and the mood and a lot of the rhythm is there for you already, but with instrumental works you really are starting with a blank piece of manuscript paper!’

When starting a piece, it’s often an atmosphere that comes to her first.

‘I like to start a piece when I’ve had a week or two thinking about it and researching it, whether its researching the instrumental combination, or as is the case with many of my commissions, researching the event or theme that the piece is marking. 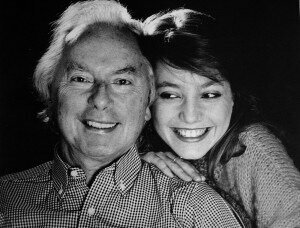 ‘While I’m doing that, something starts to grow in my mind – a musical atmosphere, or a texture, a kernel of something. I have that when I’m sitting down to start a piece. And then it’s trying to find harmonies and rhythms that express that idea, and once I start to get those I start building melodies over that.’

If she finds it harder to commence instrumental works, it’s impossible to tell; her Violin Concerto Abraham metamorphosed into the orchestral prelude Three Paths to Peace, commissioned and premiered by the World Orchestra for Peace. Born out of the events of 9/11, both the music itself and the group that gave its premiere carry an incredibly strong message.

‘The violin concerto came from a really strong conviction that at a time of turmoil in our world, we need to remember what we have in common, not what we have that’s different.

‘At the time of 9/11 I was pregnant with my first child, and I was terrified about what kind of world I was bringing her into. At that point someone reminded me that Christians, Jews, and Muslims all believe in the same one God, and immediately there came the concept of making a musical analogy of that fact.’

Roxanna cites her Christian faith as inspiration for much of her work; however, far from an act of self indulgence, she actively seeks to integrate music from many other cultures and faiths in her own pieces.

‘It’s really the modes and scales. It’s the essence of when you hear something anybody can instantly tell you ‘That sounds African’, or ‘That sounds Japanese’, and that’s mostly down to the modes.’

‘My Four World Seasons were written for Tasmin Little, and even someone who knows nothing about music can tell you where they come from: Spring in Japan, Autumn in Albania, Tibetan Winter, and Indian Summer.’

This year has been particularly hectic for the Panufnik family, with celebrations for the centenary of Roxanna’s father, Sir Andrzej Panufnik, in full swing. This year has seen the release of several albums featuring Roxanna and her father’s works side by side, the latest of which is entitled Messages, recorded by the Brodsky Quartet who were also part of a centenary celebration day at King’s Place at the end of November.

Three Paths to the Peace