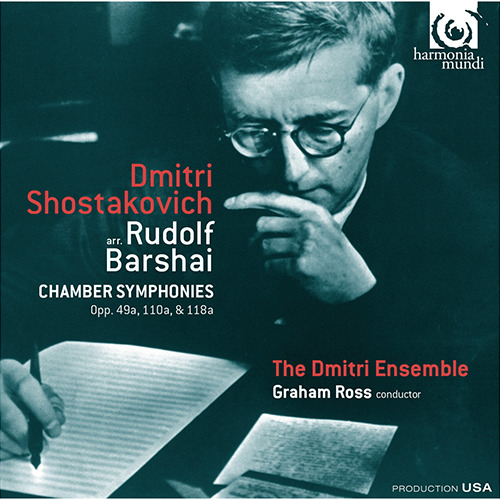 A decade after its debut performance of the Chamber Symphony Op.110a by Dmitri Shostakovich (after whom the group is named), The Dmitri Ensemble under Graham Ross performs the composer’s String Quartets Nos.1, 8 and 10, re-worked as thrilling “Chamber Symphonies” for string orchestra by his pupil and advocate, Rudolf Barshai.