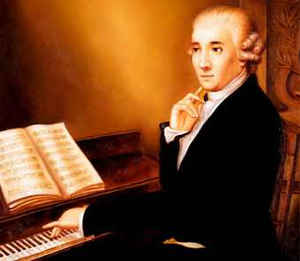 Over a period of 20 years, Johannes Brahms cautiously approached composition via different genres, carefully isolating the required musical elements. He experimented with orchestral colors in his Serenades, blended symphonic sketches with a sonata for two pianos to produce his first piano concerto, and solved thematic processes in his chamber compositions. And let’s not forget that he refined variation form and orchestration in his Variations on a Theme by Joseph Haydn. 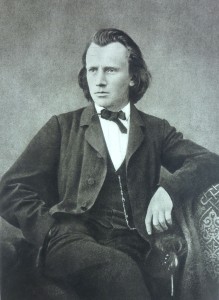 Despite its attribution to Haydn, this variation set is based on the entire slow second movement of a four-movement divertimento for wind octet by the Haydn student Ignaz Pleyel! The Brahms biographer Max Kalbeck speculated that Brahms was shown this movement—entitled “Chorale St. Antonii”—on a manuscript by his musicologist friend C.F. Pohl, who had wrongly attributed it to Haydn. Be that as it may, Brahms originated his “Haydn Variation” in a version for two pianos and subsequently envisioned the work as an orchestral piece. The reason was entirely practical and musical, as the counterpoint eventually becomes so intricate and pervasive that it requires orchestral forces to be heard clearly. In the end, it really doesn’t matter if the theme comes from Haydn or from Pleyel, as Brahms crafted one of his most popular and enduring creations.

Johannes Brahms: Variations on a Theme by Haydn, Op. 56 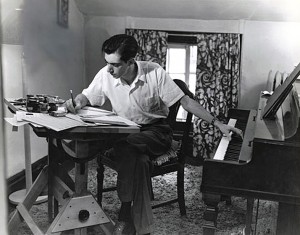 The New York native Norman Dello Joio (1913-2008) is directly descendent from three generations of Italian organists. He studied with Paul Hindemith, and the graceful lyricism in his music was ideally suited for the world of ballet and opera. However, he also made notable contribution for orchestra, concert band and church music by successfully fusing Jazz, popular dance and Roman Catholic chant into an eclectic and uniquely American style of music. He received a number of high-profile awards, including the Pulitzer for his Meditations on Ecclesiastes, and an Emmy for the most outstanding music written for television in the 1964/65 Season. In 1968, the Michigan School Band and Orchestra Association commissioned Norman Dello Joio to compose a work commemorating the retiring Director of Bands. Taking his inspiration from the main theme of the finale of Haydn’s String Quartet Op. 74, No. 2, Dello Joio “fantasized in the musical language of today.” In the composer’s own words, “it is my personal homage to the composer Haydn, who will always remain contemporary.”

When Ludwig van Beethoven arrived in Vienna in November 1792 he wasted no time seeking out Joseph Haydn. In his notebook he records that he spent “Twenty-five Groschen for coffee for Haydn and me,” and thus began his apprenticeship with Europe’s most famous composer. Beethoven’s lessons continued until 1794, when Haydn left for his second visit to London. Beethoven famously stated that he learned absolutely nothing from Haydn, and immediately contradicted himself in his Op. 2 piano sonatas. Published in March 1796—and dedicated to Haydn—these three works not only anticipate the musical intensity and concentration that would become the unmistakable hallmark of Beethoven’s compositional style, they also bear Haydn’s distinctive compositional signature of building extended musical structures from small cells. Apparently, Joseph Haydn was in the audience in the autumn of 1795 when the three Beethoven Sonatas Op. 2 premièred at the home of Prince Carl Lichnowsky. The elder composer was rather taken aback by some of the overtly virtuoso passages, and suggested that the figuration might be more appropriate within the context of a concerto. 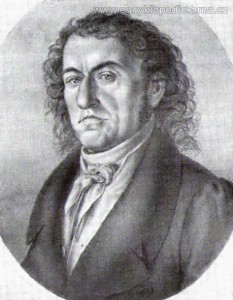 The Bohemian composer and oboist Josef Triebensee (1772-1846) is not necessarily a household name in the pages of music history. He did take composition lessons from Johann Georg Albrechtsberger, and he played the second oboe at the premiere of Mozart’s Zauberflöte. However, he was primarily associated with the summer palace of Johann I of Liechtenstein in Vienna. Every Tuesday, Thursday and Sunday saw performances by a dedicated wind ensemble, the so-called “Harmoniemusik.” This colorful ensemble was much cheaper to maintain than a full-fledged orchestra, and could also be employed for outdoors concerts and military parades. And it was Triebensee who provided much of the repertoire for the ensemble by fashioning arrangements of music taken from the symphonic and operatic literature. Arrangements were profitable business, as Mozart writes to his father in 1782. “By Sunday next week I have to arrange my opera for the Harmonie, or else someone will beat me to it and have the profit instead of me.”

Vacillating between arrangement and original composition, the variations on the “Emperor Hymn” distribute the main theme among the instruments of the ensemble. In addition, two original variations in a polyphonic and martial style, respectively, are added. In the end, we are not entirely sure that Triebensee was the actual arranger/composer, but given the high quality of the music it really matters little.