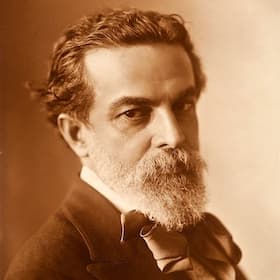 Alberto Nepomuceno (1864-1920) oversaw the transition of classical music in Brazil between the 19th and 20th centuries. After a youth in northeast Brazil in the city of Recife, in 1884 he moved to Rio de Janeiro, making his debut as a pianist at the Beethoven Club.

In 1888, Nepomuceno left Brazil for seven years of study in Europe, with lessons in Rome, Berlin, Vienna, and Paris. His marriage in 1893 to a student of Grieg’s, Walborg Bang, led him back to Brazil to try and emulate the rising nationalist musical cultures he was seeing happening in Europe. Just as in America, where national composers were trying to throw off their European apron-strings, so Nepomuceno worked to bring Brazil’s musical culture to the fore. He brought the latest in European music to Brazil, such as Debussy’s Prélude à l’après-midi d’un faune, while bringing Brazilian music to Europe. 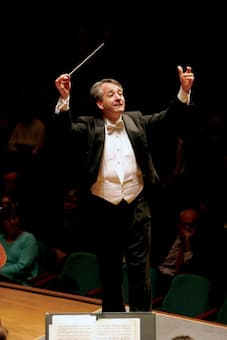 In his own music, he used elements of Brazilian folklore and promoted singing in Portuguese, the national language of Brazil.

In 1893, Nepomuceno created his Symphony in G minor, one of the earliest symphonies written in Brazil. The work shows Nepomuceno’s technical mastery of the compositional methods he learned all over Europe and, in particular, the influence of Brahms. And yet, at the same time, it is distinctly non-European, starting with its tempo direction of Con fuoco (with fire). The movement contrasts its bold brass opening with delicate interchanges with the strings and flutes.


The Minas Gerais Philharmonic Orchestra is a young orchestra, founded in 2008 by artistic director and principal conductor Fabio Mechetti. Their home is Minas Gerais Hall, which opened in Belo Horizonte, Brazil, in 2015, and which has become an important concert hall in South America. Brazilian conductor Fabio Mechetti (b. 1957) received his master’s degree in conducting from The Juilliard School and worked with the National Symphony Orchestra in Washington, DC, before becoming resident conductor of the San Diego Symphony Orchestra. He has also served as music director of the Syracuse Symphony Orchestra, the Spokane Symphony, and the Jacksonville Symphony, before founding the Minas Gerais Philharmonic. 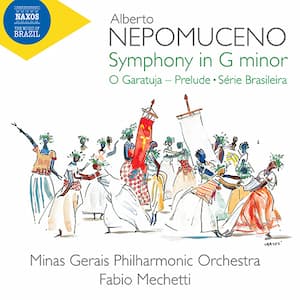