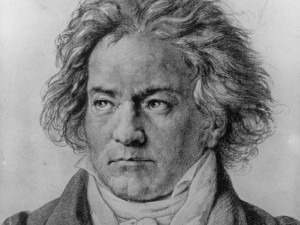 At the tender age of 13 and accompanied by his mother, young Richard made his first journey to the city of Prague. They visited his two sisters who were employed as singers at the National Opera. The vibrant cultural and artistic environment immediately fascinated young Richard, however, once arrived they heard the news of Beethoven’s death. Richard records in his autobiography, “Obsessed as I still was by the terrible grief caused by Weber’s death, this fresh loss, due to the decease of this great master of melody, who had only just entered my life, filled me with strange anguish. It was now Beethoven’s music that I longed to know more thoroughly.” In April 1829 he saw the esteemed operatic soprano Wilhelmine Schröder-Devrient, whose unique vocal timbre combined with dramatic intensity of expression, in the role of “Leonore” in Beethoven’s Fidelio. Of course, young Richard became immediately infatuated with Schröder-Devrient and would subsequently write a number of operatic roles for her. At this stage of his musical development, however, he was most interested in the “Overture,” which affected him deeply. 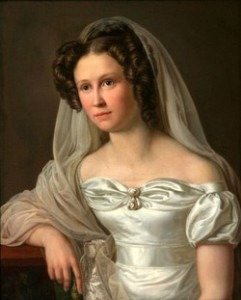 Young Richard reports, “The direct result of this performance was my intense longing to compose something that would give me a similar feeling of satisfaction.” Once Richard had concluded his study of counterpoint and composition with Theodor Weinlig — cantor at the St. Thomas in Leipzig — he composed a series of overtures. Among them music for Ernst Raupach’s theatrical play König Enzio. The play is similar to Fidelio as King Enzio is held in a dungeon with his daughter Lucia attempting to free him by entering the prison in disguise. The performance in Leipzig in March 1832 not only featured Wagner’s sister Rosalie as “Lucia,” but also the overture and incidental music by young Richard. In fact, Wagner received his first printed public recognition as a composer on the playbill.

The “Overture” to König Enzio was clearly connected to a dedicated theatrical play. However, young Richard also tried his hands at the independent genre of the Concert Overture. As the name implies, these instrumental works for orchestra did not serve as the introduction to an opera, ballet or stage play, but were intended for performance on the concert stage. And it was once again Beethoven who served as his model. “My D-minor Overture, which clearly showed the influence of Beethoven’s Coriolanus, had been favorably received by the public. And I started at once on a second overture — in C major,” modeled on Beethoven’s Egmont. 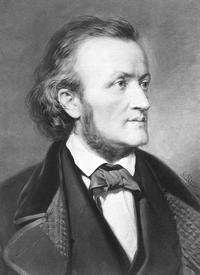 Wagner’s Concert Overtures, including the Columbus Overture modeled after Felix Mendelssohn, The Rule Britannia Overture once again imitating Beethoven and the Faust Overture that was probably inspired by Hector Belioz’s Romeo and Juliette, were essentially stepping stones towards his eventual views on music and drama. Yet during his studies with Weinlig in Leipzig he naturally came into contact with the music of Johann Sebastian Bach. Apparently, young Richard violently rebelled against exercises in counterpoint and canon, but eventually came to realize that it served the purpose of controlling musical texture in any musical style. The very first completed work young Richard presented to his teacher on 27 November 1831 was an extensive Fantasia for piano. Clearly, this work did not necessarily focus on Bach’s contrapuntal mastery but on his dramatic instrumental genius, and Beethoven’s shadow is everywhere!

Wagner distanced himself from these early compositions by declaring them “plagiarisms from my youth.” At the same time he readily acknowledged, “I would not have been able to compose as I did if it hadn’t been for Beethoven.” The musical models for his first completed operas, however, shifted to Marschner, Weber, Mendelssohn, Mozart and Gluck. I tell you more about that in our next episode.