Artists Interviews
Becoming a Musical Citizen of the World
An Interview With Tanya Bannister
by Maureen Buja October 26th, 2018 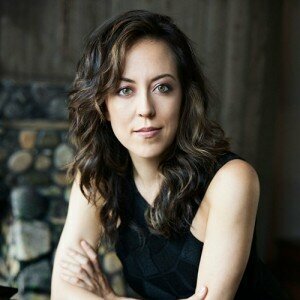 Pianist Tanya Bannister had her career in order – international performer, outstanding reviews of her recordings, leadership of the innovative Roadmaps Festival – and then Concert Artists Guild (CAG) asked her to consider becoming their President. She was familiar with CAG, having won their 2003 competition and being on their board since 2015, but leadership was another matter.

Since 1952, CAG has helped more than 500 young musicians launch their concert careers. CAG is not-for-profit company that builds the early careers of promising artists. Their motto ‘To discover, nurture, and promote young musicians’ is really just a pocket summary of a much more complicated road. CAG presents debut recitals at Carnegie’s Weill Recital Hall, help their artists find new music through CAG’s Commissioning Program, records them on CAG Records, and provides mentorship for musicians just leaving education for the world of performing. Once a performer’s career is established, other organizations such as CAMI (Columbia Artists Management, Inc.) and others take up representation of the performers. As is far too common in today’s fast-moving world, commercial management companies do not have time to mentor and nurture up-and-coming talents and this is where CAG’s role is becoming increasingly important. Notable alumni include members of the Juilliard and Emerson Quartets, MacArthur Fellow winners, and Grammy Award–winning ensembles. Their Artistic Advisory Board is made up of some of the most notable composers and performers of the 20th century.

Ms. Bannister, however, wants the CAG musicians to be not only brilliant performers but also musical citizens of the world. She persuaded CAG of her vision and on 1 July 2018, was appointed President. She was not only young and talented but also their first leader who is a musician, with the added benefit of having come through CAG’s program.

In her vision, the modern performer has to look beyond the normal practicing, concerts, and performances and be aware of the need to perform in schools, the importance of outreach, how to set up trusts and foundations, and how to work with the boards of their organizations.

In the new fractured world, many arts organizations are finding their boards leaving them to become active in societal or political causes. Through her vision of the musician as world citizen, Ms. Bannister is making her arts organization relevant in a new way.

She is one of the six co-founders of the Roadmaps Festival, which has become an artistic, humanitarian, and cultural event. The 2017 Festival put its spotlight on Syria, examining the current crisis through music, film, documentaries, art, and discussion. For many of the festival goers, it was a unique chance to begin to understand the real impact of the refugee crisis from a cultural point of view and a way to celebrate the incredibly rich Syrian culture and history.

With the current political situations around the world, music has the opportunity to help with the difficult questions, to create communication in a world where language divides too many, to smooth over the fractures in society, and realign the increasingly polarized audience. Ms. Bannister felt that the presidency of CAG gave her the opportunity to have a greater impact than her own career and we look forward to the new artists who will benefit from her vision.