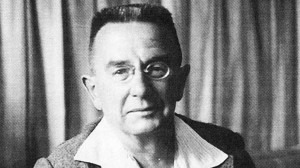 It is difficult to make a living as a composer at the best of times. But when you are trying to make your mark at the peak of music’s history as a cultural form, your chances of success diminish significantly. Just ask Franz Schmidt (1874-1939) who came of age while Brahms and Bruckner were still composing. Among aspiring composer, he competed with Max Reger, Gustav Mahler, Richard Strauss, Hans Pfitzner, Alexander Zemlinsky, Ernő Dohnanyi and Franz Schreker. And once the modernist and nationalist musical movement emerged following World War I, Schmidt’s music appeared contemporaneously with music of Bartók, Szymanowski, Enescu, Schoenberg, Berg, Webern, Hindemith, Weill, Martinů, and Janáček. Stiff competition indeed! However, the reason Schmidt’s music is practically unknown today has nothing to do with stiff competition or with a lack of talent.

Schmidt was born in the town of Poszony, today the capital city of Slovakia called Bratislava. At the crossroads of the Habsburg Empire, Poszony was a multi-cultural settlement where German was spoken alongside Slovakian, Hungarian and Yiddish. Bela Bartók and Ernő Dohnanyi, two of Hungary’s most prominent musical icons of the 20th century, grew up in Poszony as well. Schmidt displayed extraordinary musical talents at a very early age and studied piano with the great virtuoso Theodor Leschetizky. To further their son’s musical education, the Schmidt family moved to Vienna and Franz studied composition with Robert Fuchs, cello with Ferdinand Hellmesberger and counterpoint with Anton Bruckner. He obtained a post as cellist with the Vienna Philharmonic, and Gustav Mahler habitually assigned Schmidt to play all the cellos solos. But Schmidt was also a brilliant pianist. By 1914, Schmidt had taken up a professorship in piano at the Vienna conservatory. When Leopold Godowsky was asked who the greatest living pianist was, he replied, “The other one is Franz Schmidt.” Schmidt eventually became the head of the Vienna Conservatory and taught a fantastic array of distinguished musicians. And he still found time to compose four symphonies, a variety of concerti, operas and the majestic choral work The Book with the Seven Seals.

Franz Schmidt: Symphony No. 2
Schmidt’s compositions continue along the Viennese tradition inherited from Schubert, Brahms and his teacher Bruckner. Critics are quick to suggest that Schmidt was writing music within a local Viennese dialect that unlike the music of Johann Strauss was not suitable for international export. Nothing could be further from the truth, as Schmidt’s well-crafted compositions mirrored the polyglot cultural and musical styles of his upbringing and his environment. In addition, Schmidt had a gift for “tunes, melodies, and lightness that routinely eluded Schoenberg and Reger. The melodic instinct and ear for a popular style resulted in works that are never quite as bombastic as those by Strauss and Mahler.” Why then is a composer of refined craftsmanship and versatility, who abhorred modernist experimentations, consistently ignored? The reason appears to be twofold. For one, Schmidt was horrible at self-promotion. Despite his obvious achievements in the Viennese musical scene, Schmidt always believed that he had been overlooked or snubbed. As a result, he openly quarreled with Mahler and with Arnold Rose, the concertmaster of the Vienna Philharmonic. Much more damaging, however, was the fact that the Nazi Party, following the 1938 Austrian Anschluss, appropriated his music. Nazi authorities considered him the greatest living composer of the “Ostmark.” Schmidt’s music was pitted against the degenerate grandiosity of Mahler and the abstract cacophony of Schoenberg to “demonstrate great Aryan modern music blessed with spiritual meaning.” Authorities even commissioned a Nazi-inspired cantata with the unfortunate title The German Resurrection, a work that remained unfinished at the time of the composer’s death in 1939. In fact, Schmidt’s politics did adhere to the local Viennese traditions of political anti-Semitism, but he was never a Nazi, nor a member of the Nazi party. By all accounts, he seemed to have been extremely naïve when it came to politics. Regardless, his posthumous reputation has greatly suffered, and his compositions are rarely heard beyond Vienna.

The conductor and scholar Leon Botstein has championed Schmidt’s music in the United States. He writes, “Schmidt was not a bland conservative—he was a reactionary revolutionary who sought to resist the decline in musical culture that had started in the late 19th century with the indiscriminating popular rage for Wagner. The excellence, refinement, elegance, and inspiration of Schmidt’s work are qualities eagerly embraced by today’s audiences.” Schmidt composed four symphonies, with his first essay in this genre taking its inspiration from the music of Schubert, Schumann, Mendelssohn and Brahms. In his Symphony No. 2, Schmidt turns to the hyper-Romantic musical language of Anton Bruckner, Gustav Mahler, and specifically, Richard Strauss. Originally conceived as a piano sonata, the symphonic essay emerged between 1911 and 1913. The work is dedicated to the conductor Franz Schalk, who according to Schmidt “never had any true understanding of the work.” Described as the most difficult work in the whole symphonic repertoire—particularly in view of the demands made on the strings—the symphony is musically unified by a single basic theme, first sounded at the very opening of the first movement. This is the opulent and highly characteristic world of Strauss, Mahler, Bruckner, Korngold, and Franz Schmidt!

The Symphony no. 2 in E flat major will be performed by Semyon Bychkov with the Vienna Philharmonic at the BBC Proms on 10 September 2015